Slow developer sales in February due to lack of new launches

In February, 301 private residential units were sold (excluding ECs) by developers, a 6.5 per cent decrease from the 322 units sold in January. There were no major launches in the month – which led to the muted sales volume.

Analysing the figures, Mr Ismail Gafoor, PropNex Realty CEO said, “The lacklustre transaction level is evident that buyers have remained price sensitive and purchase motivations are largely project driven. Taking into consideration of the current sentiments and continuation of the property measures, we are likely to see the transaction volume of new homes in first quarter 2016 to be around 10 to 15 per cent lower compared to the same period last year. In terms of units, sale volume could potentially range between just 1,000 and 1,200 units in total – which is the lowest in the past 3 years. 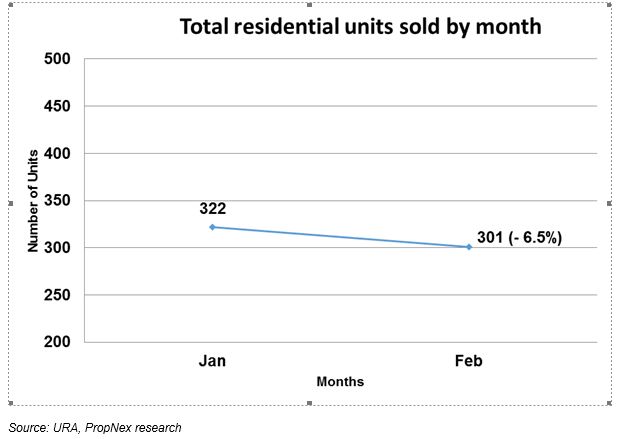 Properties in the Outside Central Region (OCR) was the most sought after in February, accounting for 64 per cent of new private home sales, while Rest of Central (RCR) and Core Central Region (CCR) accounted for 27 per cent and 9 per cent respectively. 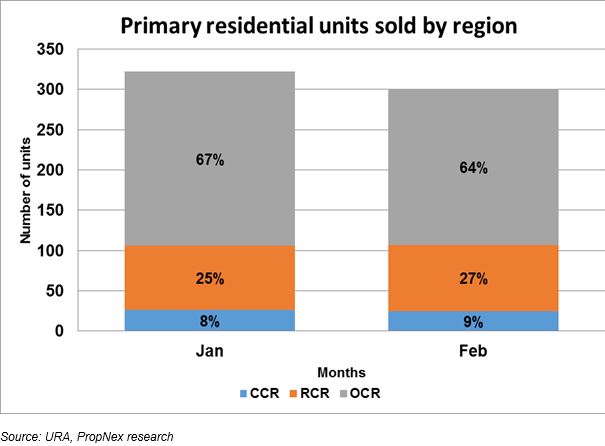 The Terrace – the top performer in February

The 5 top-selling projects were – The Terrace and The Vales ECs, The Panorama, Kingsford Waterbay and Principal Garden. 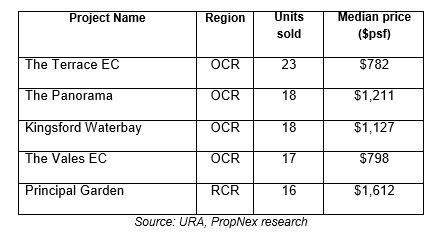 With no changes to the government curbs on the horizon in 2016, the private residential market is expected to remain soft – new private home sales volume for 2016 is likely to about 8,000 units.

Mr Ismail expects a rebound in sales volume in March due to the fairly good performance of 2 newly launched projects – Cairnhill Nine and The Wisteria. However, on a quarterly basis, the property market will remain relatively quiet, which could put pressure on developers to price units more competitively: “in the coming months, we will likely see the launch of a Toa Payoh project; which may also spur buying demand slightly. At the same time, developers will also be adjusting their pricing strategy to move units in their past launches – as evidenced in all of the 5 best-selling projects in February being from previously launched ones.”