Why Singapore when comes to buying property? The story of modern Singapore is all about from rags to riches. It’s an oriental miracle and exact reflection of American dream. We may still wonder how a former British colony has successfully transformed into a first-class developed city-state country without natural resources but scarce land and hard-working multi-ethnic people.   After near half a century of dedicated development, Singapore can now tell you why you should partner with her.

Singapore lies in the heart of Southeast Asia and The Malacca Straits. With advantage of the crossroad of the eastern and western, Singapore has a competitive edge to serve and benefit from one of the busiest marine transportation channel in the world. With 7-hour flight, Singapore is also easily accessible to all major cities in the Asia and Oceania. East Asia and South Asia are the most rapid development regions in the world. With its bilingual education, Singapore is an excellent bridgehead for people to connect and do business in India, China, and the rest.

Singapore has built on its advantageous geographical location to become one of the world’s top transportation hubs for sea and air cargo. Singapore’s container ports are the busiest in the world. They offer a choice of 200 shipping lines with links to some 600 ports in 123 countries. Changi International Airport is linked to some 200 cities in 60 countries, with about 5,400 weekly flights, providing convenience and effective connectivity for passengers and cargo. The Changi Airfreight Centre is a 24-hour, one-stop hub for the storing, moving and repackaging of goods without the need for documentation and custom duties. This has drawn some 6,000 logistics providers to Singapore, including 21 of the world’s top 25 third-party logistics providers.

Derived from the western law system, Singapore understands the importance of governing by law, respecting by integrity and reliability. From the very beginning, Singapore has dedicated to build an economy-friendly environment for local and international companies and investors.  With its open economy, business friendly policies, modern infrastructure, industrious culture and its strategic location within Asia, Over 7,000 multi-national companies have set up operations here, many of which have Research & Development centres, manufacturing facilities or Regional Headquarter activities

Singapore has one of the most stable politic system and government management in the world. Political stability has enable Singapore to focus most of its energy on shaping its economic development strategies to distinguish Singapore for the future. Singapore is also one of the least corruption economies in the world.  All the transactions are on the table, in front of the public and the law. People here are polite and well educated.  With the extremely low criminal rate, you will always feel very safe and comfortable at home or outdoors.

With decades of efforts, Singapore is now one of the largest financial centers in the world, along with New York, London, Tokyo and Hong Kong. Singapore has sophisticated banking and financial facilities seamlessly network with global fiscal systems to serve both domestic economy and the wider Asia Pacific region.

Singapore’s financial centre offers a broad range of financial services including banking, capital market, insurance, investment banking and wealth management.  With its robust and transparent legal framework coupled with its economic and political stability. Singapore is an ideal location for investors direct to get access to regional and global investment opportunities.

Singapore has a recognized best-performing education system with key strength in bilingual advantage.  Each student must master both English and an official Mother Tongue Language (Malay, Mandarin Chinese and Tamil). The bilingual policy has offered students with the language competencies to access Asian cultures and develop a global outlook.  Singapore has provided a complete education landscape for local and international students from primary and secondary school education, pre-university education, technical and polytechnic education and university education.  Besides the public schools, colleges, institutions, polytechnics, universities, there are lot of private education organizations and foreign-system schools for children of immigrates from all over the world. 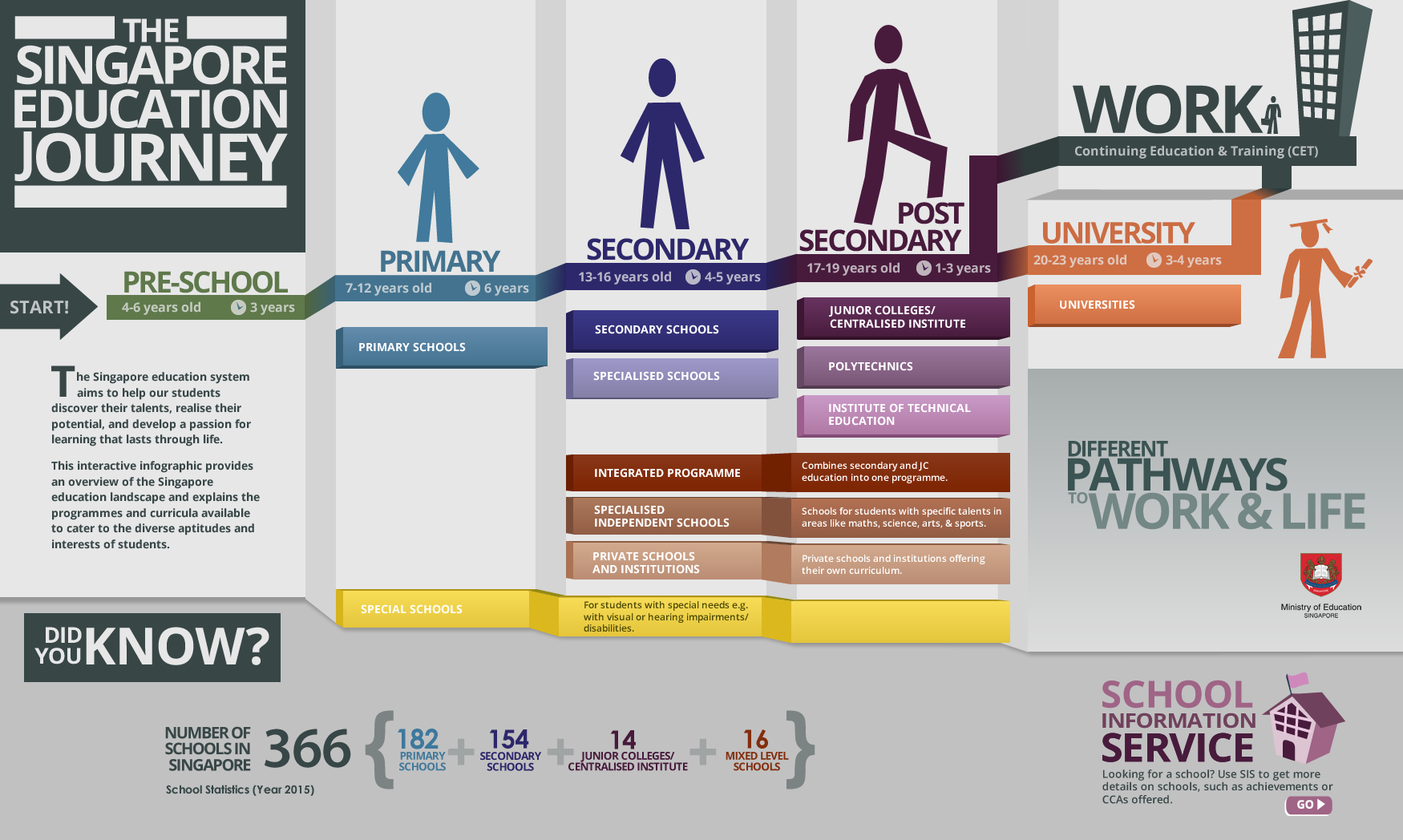 For years, the Singapore education system has successfully cultivated a large base of finance, management, health, engineering and other fields of talents, and a sizeable pool of skilled technicians. The multi-cultural Singaporean workforce is proficient in English and highly educated, highly motivated and highly productive.  With world-class R&D facilities and expertise, Singapore also attracts a world-class community of researchers and specialists from the US, Europe and Asia Pacific region.

This emphasis on innovation and capital-intensive activities and a globalized workforce has shaped Singapore into a city-state where Chinese and Indian companies can internationalize, where American and European companies make their entry into Asia.

With its trade-oriented market economy, Singapore has been one of the most open in the world. Foreign direct investment plays a vital role in Singaporean economy.  With only a group of small piece of islands, Singapore attaches great importance to human resources all over the world. Singapore always opens its arms to welcome all walks of competent talents, high net worth investors.

A significant change of Singapore is that Singapore is transforming into a global local city to work, live and play. More than 100 thousands public and private residential properties have been under construction and in the pipeline. More and more shopping facilities have been opened in city center, city fringe area and across the suburban Region(for example, Ion @Orchard, Vivo city @ habourfront,  JEM and Jclub at Jurong East, City Point at Changi).

The Singapore Government has become more flexible and innovative to provide more business and live infrastructure to attract global investors and tourists. Besides the traditional Central Business District, Singapore has transforming Marina Bay into a new business and financial hub with landmark building of Marina Bay Financial Centre.

Singapore have successfully held Singapore Grand Prix, the first Formula One night race in the world for years. The Marina Bay Sands developed by Las Vegas Sands and Resorts World Sentosa with Universal Studios had opened in 2010 and they are proven a big success to both tourists and locals. The 101-hectare public Gardens by the Bay on prime waterfront land, Marina Bay are under constructed and part of garden has opened to the public and attracted many eyes. Other hot interest places are like Singapore Flyer and Esplanade – Theatres on the Bay, Sport Hub at Kallang River.

These attractions are transforming the country into an even more exciting place for all to live, work and play. Today, more than 1 million the talented and wealthy foreigners live in Singapore. With its multiple features in race, culture and language, people live in Singapore no doubt enjoy a colorful and harmony lifestyle of mixing the eastern and western.

What other says about Singapore

For years, Singapore has earned reputation for various aspects of achievements. A true testimonial is better than thousand words of self-explanation. Some people may doubt all Singapore’s geese are wanes. Let have a look how some the world’s most authorities rank Singapore.

1)  No 1 investment destination in the world after coming in second for 16 consecutive years. According to US-based research institute Business Environment Risk Intelligence (BERI) in its BERI Report 2011-II (August 2011)

1)    According to the Doing Business 2012 Report by the World Bank, Singapore is the easiest place in the world to conduct business

2)   According to the Global Competitiveness Report 2011 – 2012 by the World Economic Forum, Singapore is 2nd most competitive city in the world

3)   According to the Economist Intelligence Unit, Country Forecasts Report in December 2011, Singapore has the most conducive environment for business in the world

4)   Based on the Global Information Technology Report 2010 – 2011 as conducted by the World Economic Forum, Singapore has the best network-ready environment in Asia and just after Sweden in the world.

1)   World’s No. 2 and Asia’s No.1 for best intellectual property protection, in its Global Competitiveness Report 2011 – 2012, World Economic Forum

1)   World’s No. 7 and Asia’s No. 1 for least corruption in the economy, IMD World Competitiveness Yearbook in 2011

No. 1 Labour Force Evaluation Measure, based on the Business Environment Risk Intelligence (BERI) Report 2011-I

Asia’s best and world’s 3rd best country to work in, based on the Global Competitiveness Report 2011 – 2012 by the World Economic Forum.