Cross Island Line (CRL) will span Singapore like PIE Expressway,and to be built about 50km in length, fully underground, and is targeted to complete around 2030. The line was first announced by the Land Transport Authority on 17 January 2013. Targeted to be completed by 2030, it will offer East-West commuters an alternative to the existing East West Line. It will also connect to all the other major lines to serve as a key transfer line, complementing the role currently fulfilled by the orbital Circle Line. 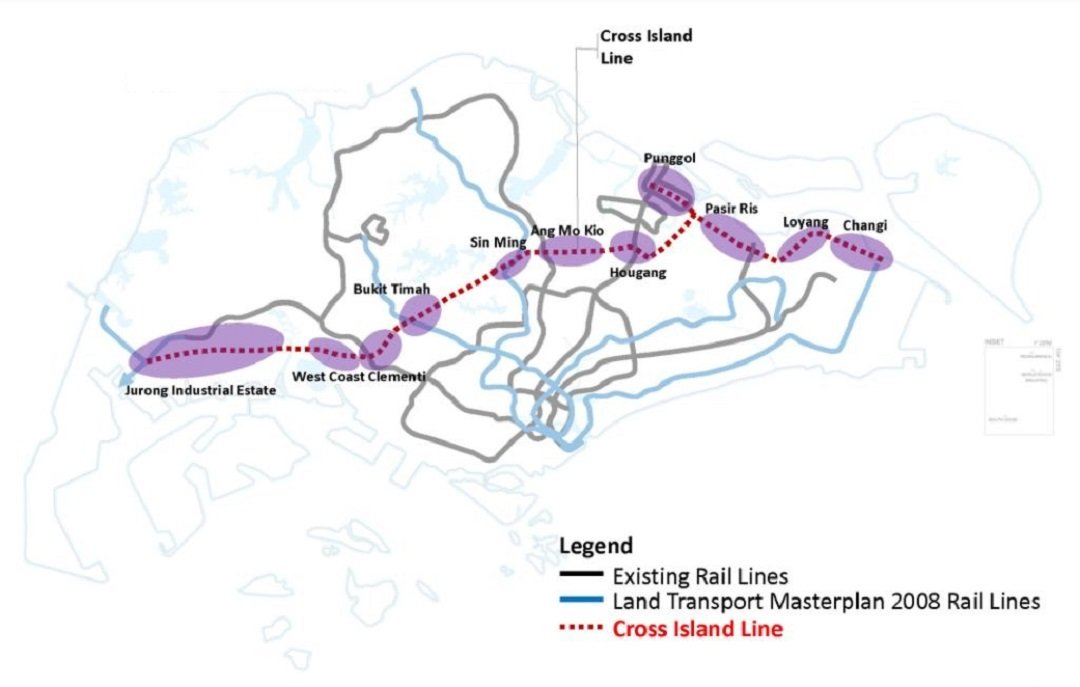 When completed, the Cross Island Line which starts from Changi, passing through Loyang, Pasir Ris, Hougang, Ang Mo Kio, Bukit Timah, Clementi, West Coast and Jurong, is expected to have a daily ridership of at least 600,000 commuters, providing a faster commute between the east and the west, from Changi to Jurong. It will connect all of our existing radial MRT lines with close to half of the 30-plus CRL stations being interchange stations. Besides relieving the load on several of the existing MRT lines, the CRL will also provide commuters with many more travel routes to get to their destinations, bring about greater comfort to commuters and shorten journey times.

For instance, a commuter travelling from Ang Mo Kio can reach almost any part of Singapore using public transport within less than one hour, saving up to 30 to 40 minutes of travel time. Residents in Punggol will be able to travel directly to Pasir Ris – a popular travel route – in only 10 to 15 minutes, as compared to a 40-minute bus journey today.

Excitingly enough, Parc Riviera in the West Coast will enjoy more convenient connectivity via Cross Island Line in the near future.