Private new homes sales by developers jump up in February

Strong take up rates in February 2017

In February 2017, a total of 977 private residential units were sold (excluding ECs) by developers as compared to 301 units in the same month last year. This shows a marked three-fold increase in the number of transaction year on year, reflecting the strong demand and pick up in market sentiment for new launches and projects under construction. 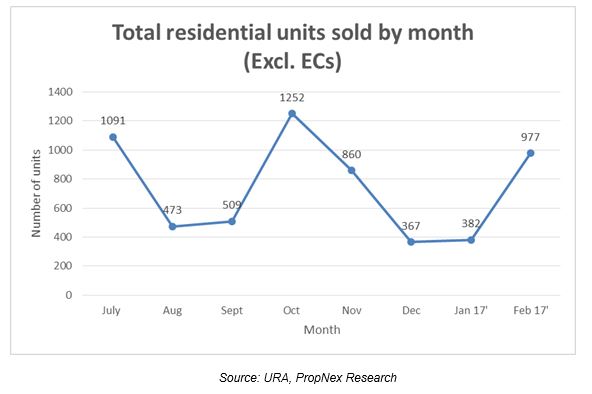 OCR properties most sought after 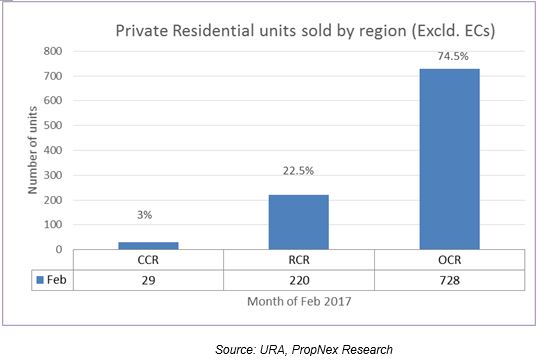 In February, The Clement Canopy was launched, with 207 units sold. It is the top-selling project for the month. Parc Rivera also stands out with 200 units sold, a five-fold increase from its January sales. Mr Ismail Gafoor, CEO of PropNex Realty highlighted, “This is likely attributed to two reasons: neighbouring plot being bidded at a higher per square foot and launch of The Clement Canopy which was at a higher price psf. Thus increasing the interest in Parc Riviera. We also witnessed strong pick up rates at Sol Acres EC, with total number of sales (82 units) doubled compared previous month.

Mr Ismail Gafoor commented, “Buyers are now ready to pick up units that are rightly priced. Consumers have come to terms that prices in the mass market condominiums have generally bottomed out.”

The Clement Canopy – the top performer in February

The 5 top-selling projects were all from the OCR region – The Clement Canopy, Parc Riviera, Sol Acres EC, The Santorini and The Terrace. 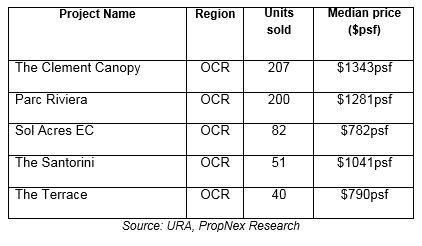 Mr Ismail expects strong sales numbers in the coming months, with more launches lined up. He added, “We expect March to have strong sales exceeding 1,500 units with the launches of as Grandeur Park Residence and INZ Residence, together with more units sold from the existing stock of the already launched projects.”