Greater confidence and activities in January with 18.3% increase Y-o-Y

In January 2017, a total of 381 private residential units were sold (excluding ECs) by developers as compared to 322 units in the same month last year. This shows a marked increase of 18.3 per cent transaction year on year, reflecting the greater confidence and activities by buyers despite the lack of new launches in January.

As expected, the 108 units (Including ECs) launched in January was the lowest number in the past year. This is mainly due to developers timing their project launches, preferring to wait after the Chinese New Year (CNY) celebrations. 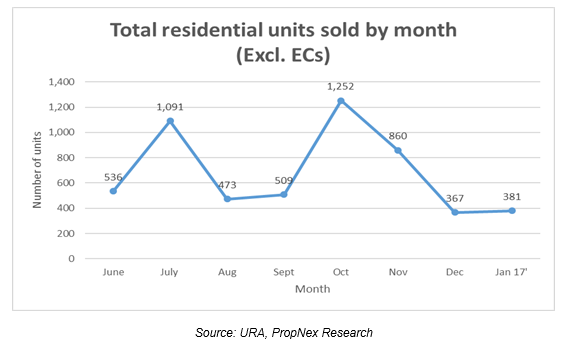 OCR properties most sought after
Properties in the Outside Central Region (OCR) was the most sought after in January, accounting for 62.5 per cent of new private home sales, while Rest of Central (RCR) and Core Central Region (CCR) accounted for 28.9 per cent and 8.7 per cent respectively. This is mainly due to HDB upgraders who are choosing to purchase properties in the OCR. Meanwhile, 75 per cent of units (including ECs) transacted in this month was contributed by the sales of OCR properties.

PropNex CEO, Mr Ismail Gafoor commented, “We are confident the market is stable and can expect greater activities and increased sales in the coming months due to attractive pricing offered by developers.” 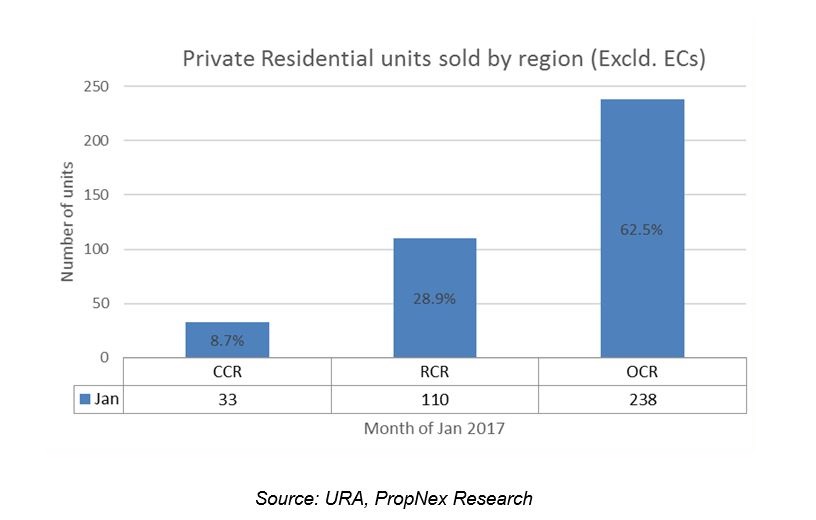 The Terrace (EC) – the top performer in January
The 5 top-selling projects were – The Terrace (EC), Sol Acres (EC), Parc Riviera, The Santorini and The Trilinq. ECs continue to drive the real estate activities in January. 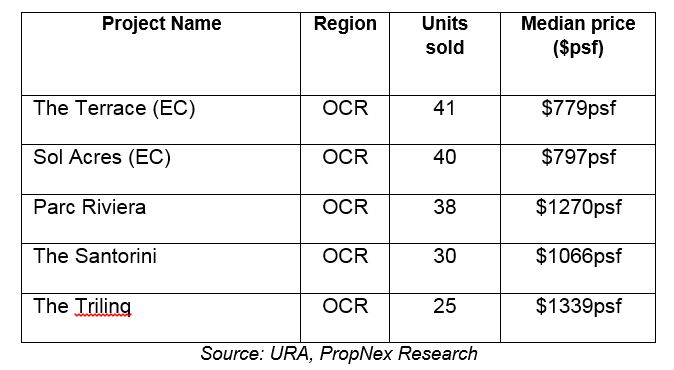 Healthy number of transactions expected in February and March
Mr Ismail expects a surge in new launches and activities in the real estate market after Chinese New Year, in the first quarter of 2017 due to the upcoming launch of new projects like Clement Canopy and Grandeur Park Residences.

“We are expecting February to enjoy a healthy number of transactions, exceeding January’s numbers, along the lines of 700 units. Whereas in March, we can expect more than 1,000 units sold.”

This is indeed a buyers’ market which homebuyers should take advantage of, while interest rates are still low. On top of that, we also foresee developers continuing to dangle incentives so as to move their unsold units, making purchases even more attractive for buyers.