Analysing the figures, Mr Ismail Gafoor, PropNex Realty CEO said, “The transaction volume in April is largely contributed by the sale of Executive Condominiums, forming more than half of the total numbers of new homes sold in April. Sturdee Residences was the top-seller (other than The Visionaire EC) for April at the median price of $1,620 for a Rest of Central Region project.” 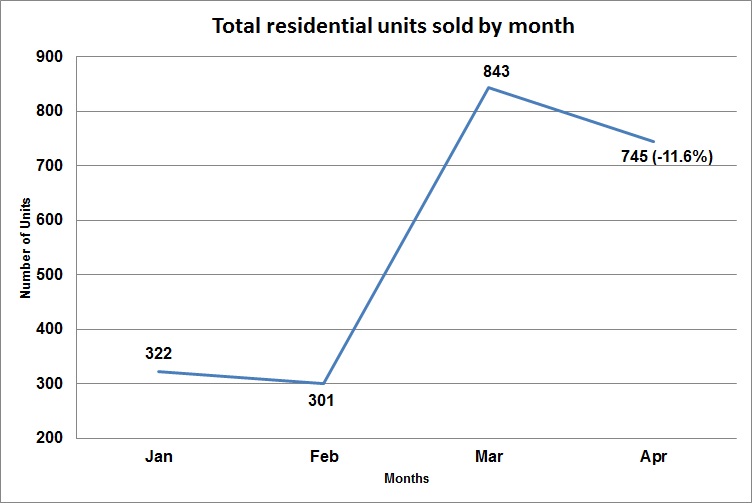 Properties in the Outside Central Region (OCR) was the most sought after in April, accounting for 86.7 per cent of new private home sales, while Rest of Central (RCR) and Core Central Region (CCR) accounted for 10 per cent and 3 per cent respectively. 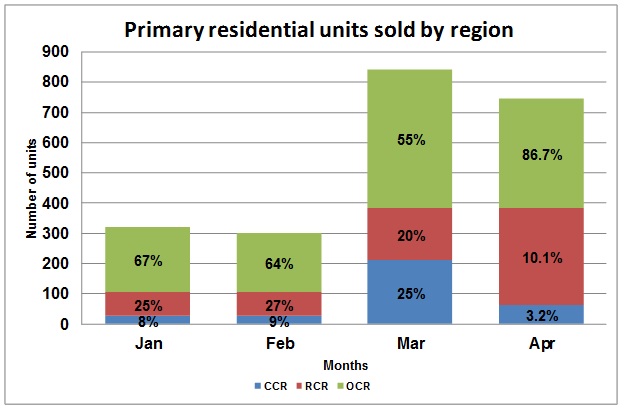 The 5 top-selling projects were – The Visionaire (EC), Sturdee Residences, Botanique at Bartley, Parc Life and The Vales and 3 of them are Executive Condominiums. 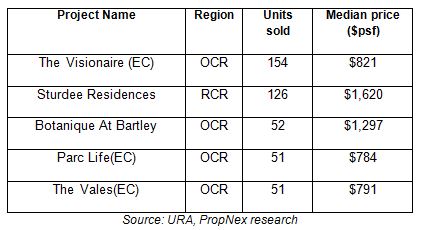 Homebuyers will continue to scout for affordably priced homes

With no changes to the government curbs on the horizon in 2016, the private residential market is expected to remain relatively soft. However, we can see a more active market as more projects get launched – new private home sales volume for 2016 is likely to exceed 8,000 units.

Mr Ismail expects strong sales volume in 2Q with the upcoming launches of GEM Residences, and Stars of Kovan; which will definitely spur buying demand.”