In December 2015, 384 private residential units were sold (excluding ECs) by developers, almost a 50 per cent decline from the 759 units sold in November. Demand has slackened off due to the holidays and most developers scaled back marketing efforts in view of the cautious market conditions, preferring to strategise for 2016 instead. Consequently, only 173 private homes were launched for sale, the lowest number in the year.

“December is traditionally a lull period for property sales due to the festive season. Many prospective buyers usually go on holidays and prefer to delay their property purchases to the next year. December’s low volume and launches can thus be attributed to the seasonal effect and the continued impact of the various measures together with the TDSR”, commented PropNex CEO Mr Ismail Gafoor. 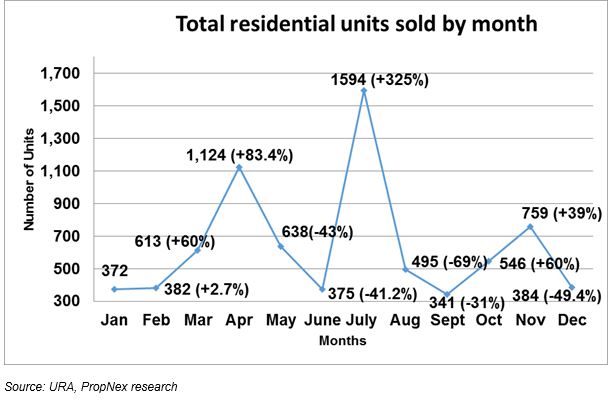 December sales figure brought the total 2015 primary sales volume to 7,625 units — a marginal improvement of 2.5 per cent from the 7,437 recorded in 2014. Developers also launched 7.4 per cent less units for sale within the same period, which shows the sustained impact of the various cooling measures. 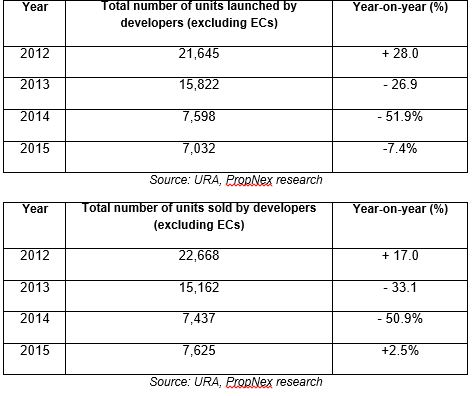 Properties in the Outside Central Region (OCR) was the most sought after in December, accounting for 55.5 per cent of new private home sales, while Rest of Central (RCR) and Core Central Region (CCR) accounted for 39.8 per cent and 4.7 per cent respectively. Given the challenging property market, coupled with the punitive 15% ABSD for foreigners (typical buyers for high-end properties), we think that the high-end segment is likely to remain tepid in 2016. 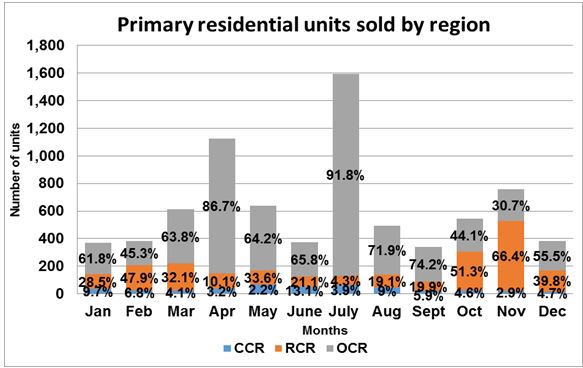 The 5 top-selling projects were – Poiz Residences, Sky Vue, The Brownstone, Botanique at Bartley and Lakeville. 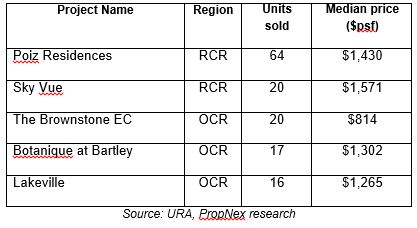 With housing policies remain unchanged, 2016 is expected to be another challenging year for the property market. The restrictive loan environment, along with the pending interest rate hikes will prevent market activities from picking up – home seekers will remain selective, with a project’s location and price points as the main drivers of demand.

Primary market performance will largely depend on developers finding the right pricing strategy – which accurately portrays current sentiments. Buyers will still remain very price and quantum sensitive and would only go in if they perceive the property to be a good value proposition.

“Buying interest will remain selective. It is highly unlikely that volume of transactions will return to the boisterous level as witnessed in 2012,” said Mr Ismail Gafoor.

In addition, new private home sales are likely to remain muted until after Chinese New Year in 2016. However, the next hotly anticipated launch will be in Toa Payoh – which is slated to be launched in March 2016.

Mr Ismail concluded, “in a buyer’s market whereby developers are competing for the same group of buyers, projects with good attributes such as location and perceived good pricing will stand out as value buys. However, I expect a cloud of stillness will continue to hang over the high-end segment as the spotlight will continue to be on more affordable mass and mid-tier market segments.”

New private home sales volume for 2016 is likely to about 8,000 as we foresee developers will dangle incentives to move their unsold units.