A more in-depth analysis showed developers sold a total of 580 units (including ECs) in December – down from the 1,110 units sold in November 2016. The number of units launched was also lower at 183 – compared to 1,363 in the previous month (inclusive ECs) as no major launches was introduced in the market.

“As predicted, the overall 12,408 total private new residential homes that are transacted, showed the market confidence in new projects in 2016. In fact, the incremental growth in numbers in the Core Central Region this year indicate that today’s price points of 20 to 25% cheaper compared to the previous peaks for some development as developers had to clear their stocks by dangling incentives to avoid the extension fee. This contributed to around 67.2% spike in the number of units transacted in the Core Central Region,” said Mr Ismail Gafoor, PropNex Realty CEO.

Under the Residential Property Act, developers issued with a QC upon buying private residential land must finish building the project within five years of acquiring the site and sell all units within two years of obtaining a temporary occupation permit. Failing that, the developer pays extension charges pro-rated to the proportion of unsold units. Thus, in a bid to move units, more property developers have adopted aggressive marketing campaigns, attractive financial packages such as deferred payment schemes in shifting unsold apartments. 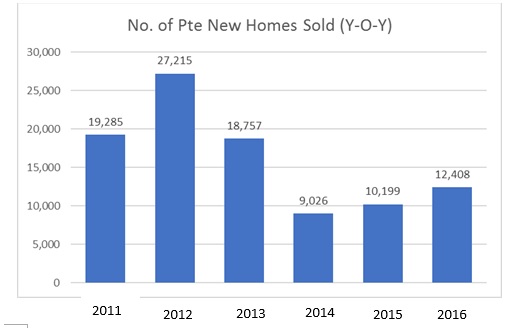 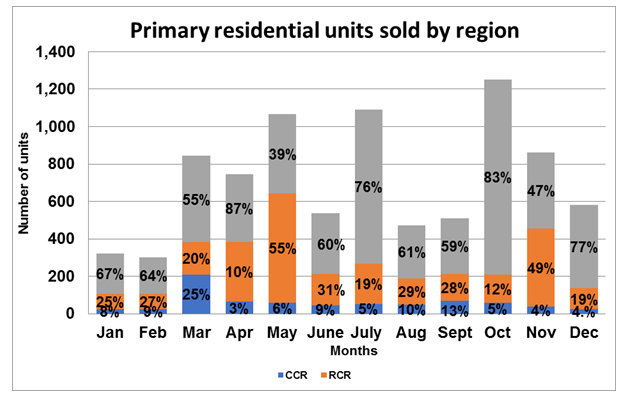 ECs are the chart-topping projects in December
The other top-selling projects in the month were as follows. ECs contributed to the robust activities in 2016, largely due to the near completion of these projects last year. HDB upgraders are motivated to snap up the units of their choice, and move in without much delay. 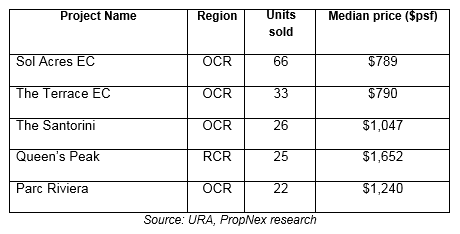 Homebuyers expected to continue search for good deals
With the existing stocks and with some good new launches (with excellent location) expected in 2017, Mr Ismail predicts that the new private home sales for 2017 is likely to remain similar to 2016 with approximate 12,000 units (including ECs) to be sold.

Mr Ismail notes that there are still several issues plaguing the private residential market namely; the mounting supply of homes amid the on-going global economic, political uncertainties and the impending interest rate hikes that will affect buying sentiments. There is also an inertia to commitment as buyers remain on the sidelines whilst anticipating further price declines. Developers will continue to act with caution – taking a slow and deliberate approach in launching their projects, as well as having a competitive pricing strategy to further entice buyers.