Developer sales down half in June

Transaction volumes slowed in June by almost half as developers sold just 536 new private homes last month (excluding ECs), down from the 1,065 units sold in May. The lacklustre sales came as developers launched just 234 new units – down more than 80 per cent from the previous month. The combination of selective buying sentiments, seasonal effects of the June school holidays and no new major launches dampened the volume of transactions.

“There are three reasons for the subdued buying sentiments; firstly, it coincided with the June school holidays — where families may be away for holidays. Secondly, there was a lack of mass market launches with developers preferring to launch their new projects at a later date. Furthermore, with loan curbs still in place, homebuyers remained selective on their purchase decisions,” commented Mr Ismail Gafoor, CEO of PropNex Realty. In 1H 2016, developers sold 3,812 private homes – which represented an almost 9 per cent improvement comparing year on year. Buyers who have remained on the side-lines could have possibly understood that prices will not fall very much more below current level and have returned to make their purchases. The prolonged price expectation mismatch that has occurred since the introduction of the total debt servicing ratio (TDSR) and other measures; has reached a stage whereby the stakeholders realised that this is the new ‘norm’. They have played a wait-and see strategy for some time now and with prices stabilising, they have made their moves. 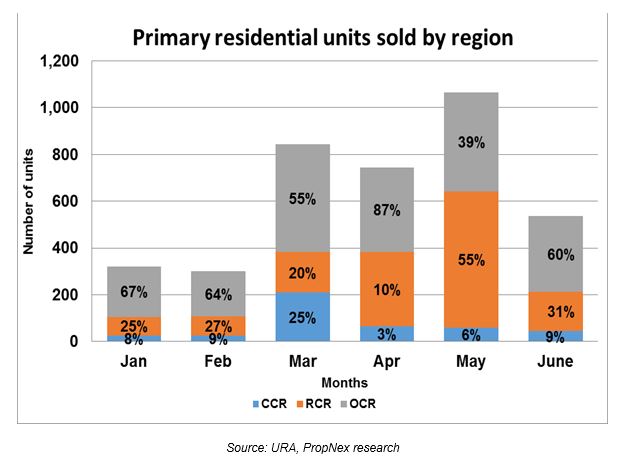 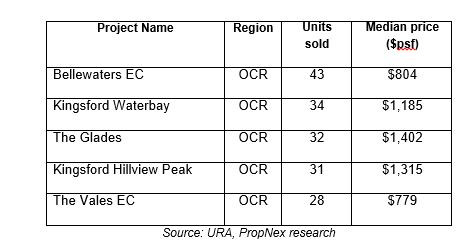 Price is the most crucial consideration

Ultimately, what matters in the current challenging environment is price — both on a psf and absolute basis. While selected projects which are reasonably priced and well located will continue to attract homebuyers, prices are expected to come under some pressure as the potential pool of buyers shrink and developers face stronger competition. This could be exacerbated by the sizeable residential supply that is expected to come on-stream.

With no changes to the government curbs on the horizon in 2016, the private residential market is expected to remain soft.

We expect sales numbers to pick up in 3Q 2016 as developers will look to launch their projects after the June holidays. However, we could see healthy monthly sales if more projects are priced realistically at levels that would draw in buyers.

The upcoming launches of Lake Grande and Gramercy Park will help to boost volume as developers look to step up their launch activities before the Hungry Ghost Festival hits in August”, commented Mr Ismail Gafoor.