Transaction volume was tepid in August due to the Hungry Ghost Festival and absence of any major new launches. With current housing policies remaining unchanged; together with the ‘inauspicious’ Festival, many prospective buyers stayed away from the market. Developers sold 473 new private homes in August, down 56 per cent from the 1,091 units sold in July.

“There are two broad reasons for the subdued buying sentiments; firstly, it coincided with the Hungry Ghost Month — which is typically seen by many to be an inauspicious time to make home purchases. Secondly, there was a lack of mass market launches with developers holding back their launches to a later date. Lastly, there is also an inertia to commit as buyers remain on the sidelines due to ongoing measures and/or an anticipation of further price declines,” commented Mr Ismail Gafoor, CEO of PropNex Realty. 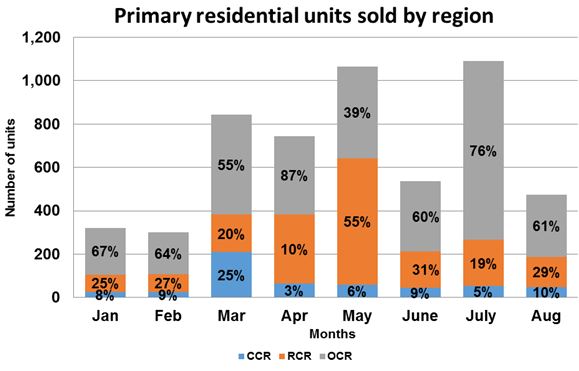 The 5 top-selling projects were: 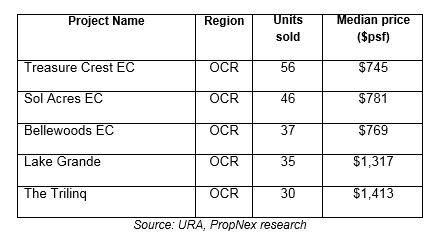 With no changes to the government curbs on the horizon in 2016, the private residential market is expected to remain soft. We expect new private home sales volume to be about 700 units per month, or exceeding 8,000 units for year 2016. Transaction volume will continue to be launch-driven; largely dependent on the price and location of the project.