15 Holland Hill is the latest luxury condo project on the top of Holland Hill in District 10 developed by Kheng Leong Company. Within short walking distance to Holland Village MRT Station, 15 Holland Hill offers only 59 apartments across 3 12-storey residential towers. Amidst the lush country-yard landscape on the land size of 7,830 sqm, 15 Holland Hill will build a group of 2 bedroom, 3-bedroom, 4-bedroom and exclusive garden mansions and penthouse units.

Featuring a variety of large size of four-bedroom and penthouse,  the condo is close to the main roads Holland Road and Farrer Road, as well as the Singapore Botanic Gardens and the shopping belt of Tanglin Village and Orchard Road, making it easy to get around and enjoy the abundant amenities. The developer has taken full advantage of the tranquil character of 15 Holland Hill apartments, which are set in the hillside, to create an environment which is in harmony with nature and embraces the convenience of a bustling city.

15 Holland Hill condo is located in the Holland Village neighbourhood and Holland Road residential enclave in District 10. Located in an upscale and mature residential area, the luxury condo is close to the famous European-style shopping and leisure community – Holland Village, as well as the UNESCO World Heritage Site – Singapore Botanic Gardens and Dempsey Hill, where you can enjoy the prosperity and tranquility of the city life.

Transport convenience: within short walking distance from the Holland Village MRT Station (approx. 600m) and in the vicinity of Farrer Road and Commonwealth MRT Stations, 15 Holland Hill is also close to Holland Road and Farrer Road major roads. The condo residents get easily accessible by a number of public bus routes across the Island. 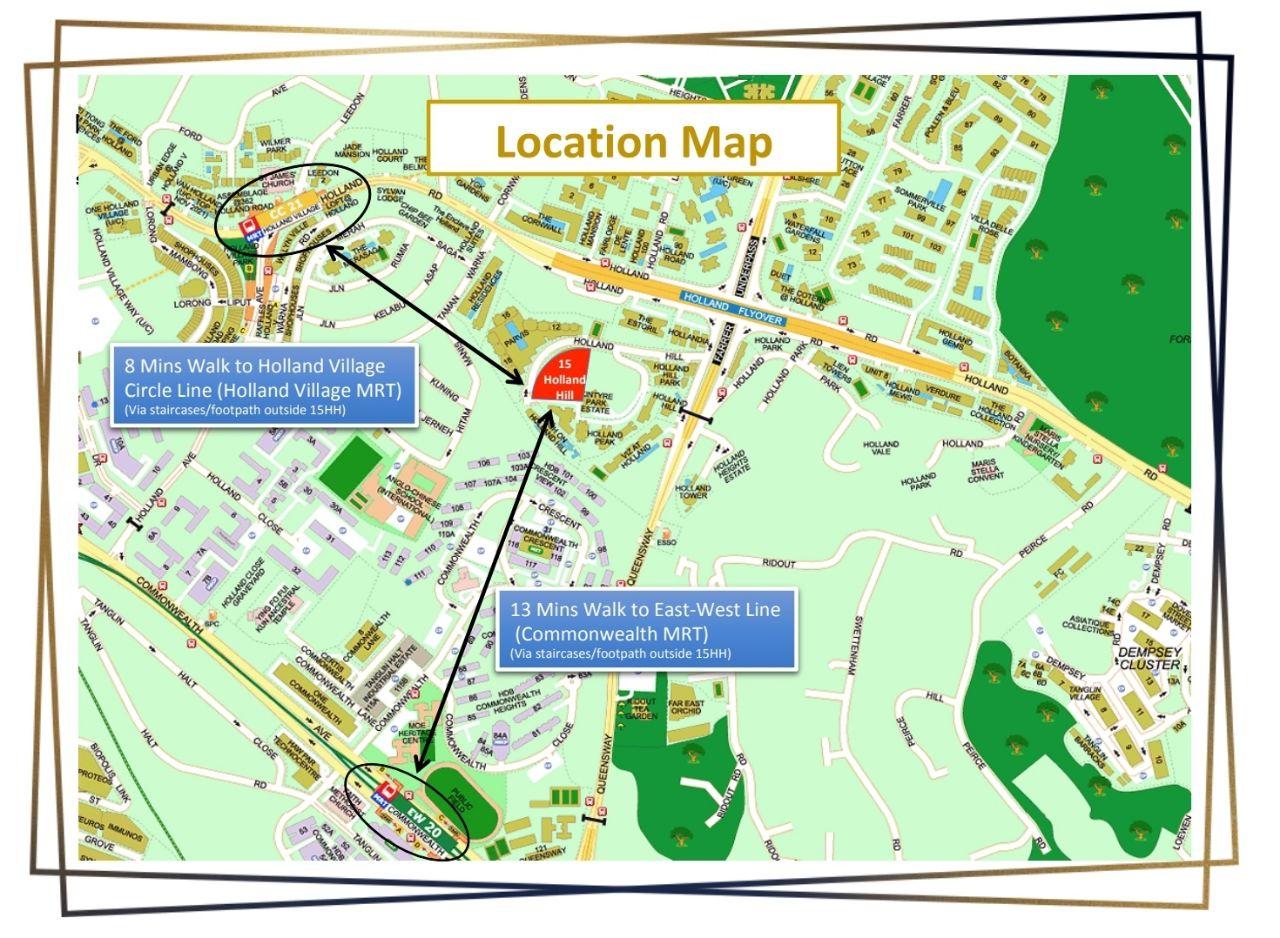 Shopping & Dining: 15 Holland Hill is close to Holland Village shopping centre, Empress Market Hawker Centre, and Coronation Plaza in Bukit Timah. Future residents are just a few minutes’ drive down Holland Road to the local shopping paradise of Tanglin and Orchard Road shopping streets, which are in line with a wide range of retail, dining and entertainment options to suit everyone’s taste and budget. Drive along Farrer Road, the condo is a just 10-minute drive to IKEA, Alexandra Central, IKEA, Anchorpoint and Queensway Shopping Centre on Alexandra Road.

Leisure and wellness: 15 Holland Hill is close to Singapore Botanic Gardens, the local-only UNESCO World Heritage Site.  For thorough relaxation, the residents can take a dip in the not-too-distant MacRitchie Reservoir.  For the ultimate wilderness ecological experience, residents are welcomed to Singapore’s major ecological leisure area-Mandai Nature Precinct, located in the heart of the central catchment area. The 126-hectare Mandai Park Development will be the home to Singapore Zoo, Night Safari, River Safari, Bird Park and Rainforest Park, which will bring guests a unique nature and wildlife destination.

15 Holland Hill condo is ideally located in an upscale residential area of Holland Road and close to the the country’s first UNESCO Heritage Site – Singapore Botanical Gardens. The renowned developer Kheng Leong Company Pte Ltd engaged P &T Consultants Architects to develop the luxury project with care and dedication, taking advantage of the topography of Holland Hill to create the luxury of garden resort style living in Holland Village.15 Holland Hill is over 84,000 square feet in size, and the developer has expanded the green and landscaped areas as much as possible, building only 59 boutique condominium homes and offering a variety of large, spacious and comfortable units to accommodate large families. 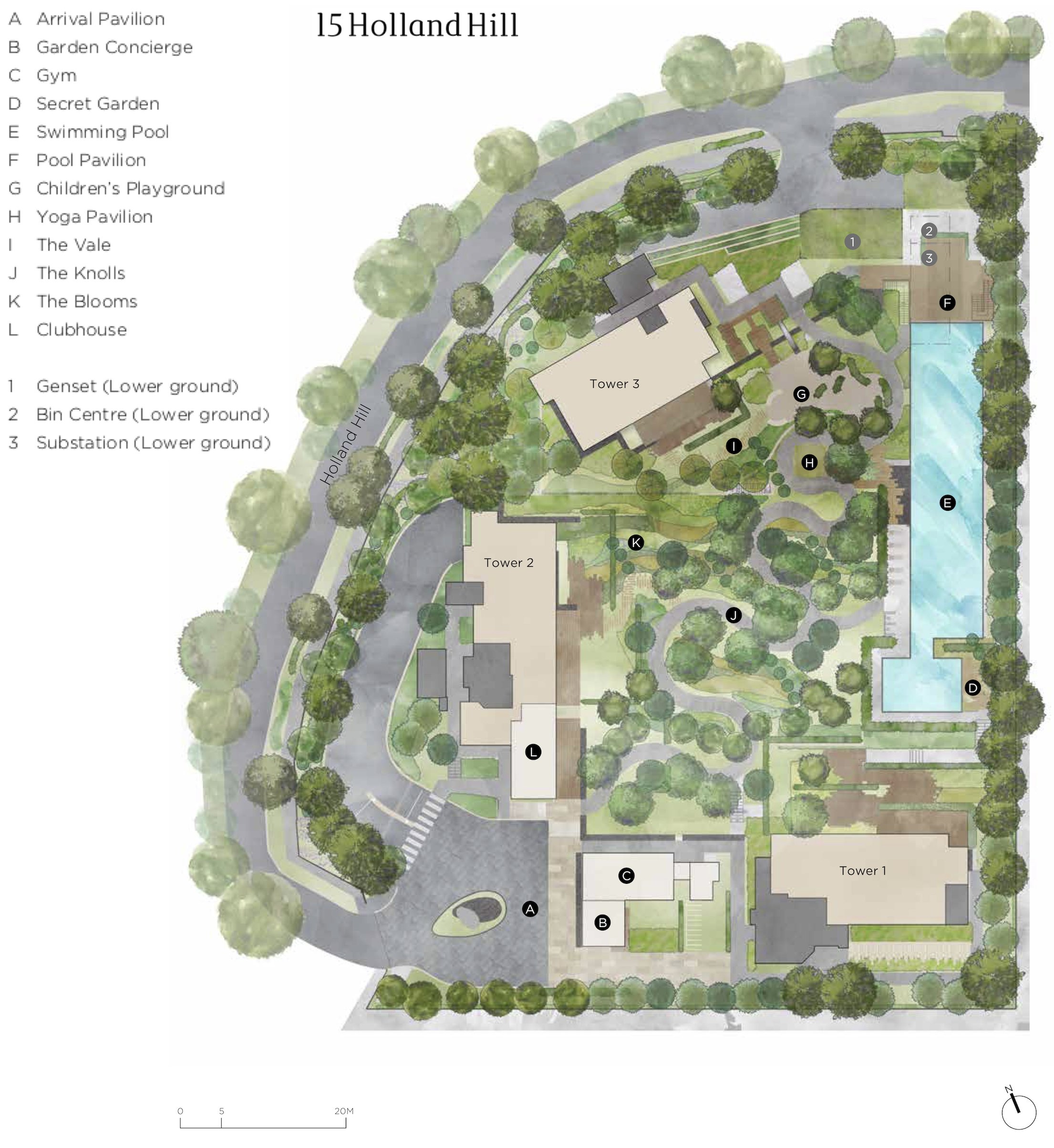 15 Holland Hill Condominium seeks to create a lush residential environment by living in a paradise garden home. The development will be built with one-to-one basement parking, a standard pool, gym, children’s pool, clubhouse, together with 3 forest-themed parks and leisure pavilions to bring the residents unparalleled enjoyment of British country house living. Each home is with access to the private lift. There will also be with dedicated parking and a private elevator for the ground floor garden townhouse-style apartment units and duplex penthouses. The developer will build green gardens in the common areas and plant watering systems outside the balconies of the apartments which will be managed by the property management. 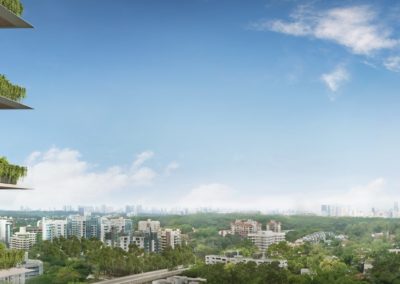 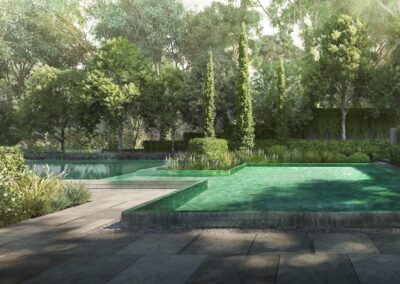 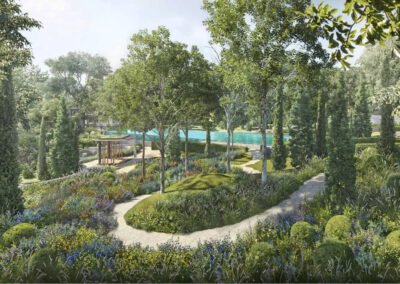 15 Holland Hill is one of the few new condo project featuring large size apartments in the Holland Village residential enclave. Situated on the top of Holland Hill, residents will enjoy the views of the premium landed house along Bukit Timah/Holland Road and Singapore Botanical Gardens. Targeting to meet the needs of large families, the renowned developer Kheng Leong has kept over 66% greenery in the quiet Holland hills, only building 59 luxury apartment units with 1-to-1 underground parking and private lift access. It’s garden house residence, green and quiet mountain villa which is close to the bustling city.

The condo units are tastefully decorated and equipped with famous brands of home appliances, kitchen and bathroom fitings, including Gaggenau, the top German kitchen appliance. At 15 Holland Hill Apartments, these European brands are exquisite tributes from the developer to future owners. A walk-in wardrobe with built-in dehumidifier is built into the bedrooms of selected units to prevent moisture and mildew in the clothes. In this era of rapidly changing digital technology, developers are also seizing the opportunity to leverage advanced technology to enhance the resident experience. The whole apartment is equipped with intelligent locking system, home monitoring camera system, intelligent air conditioning control system, convenient and intelligent to open up exquisite living. 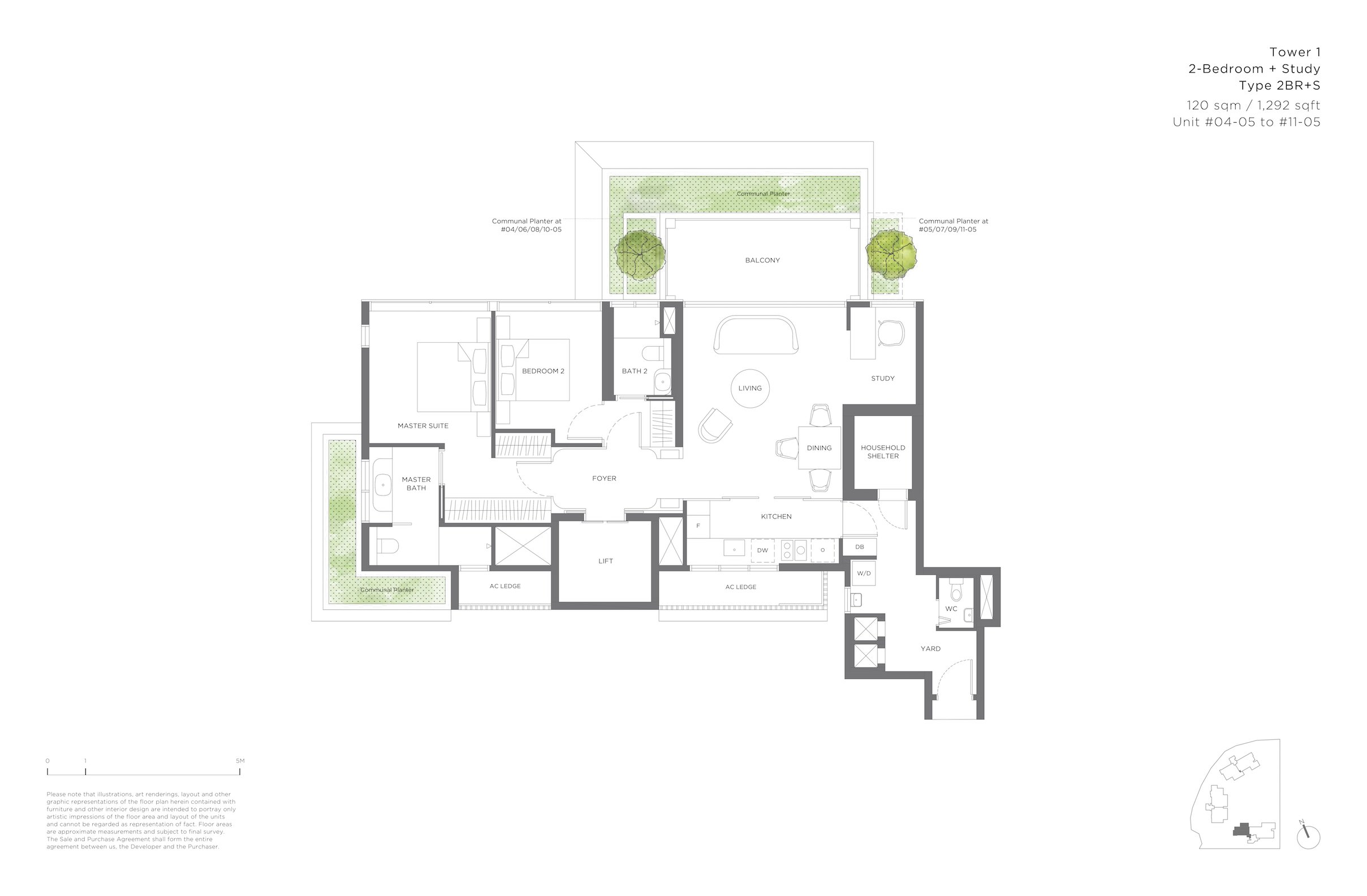 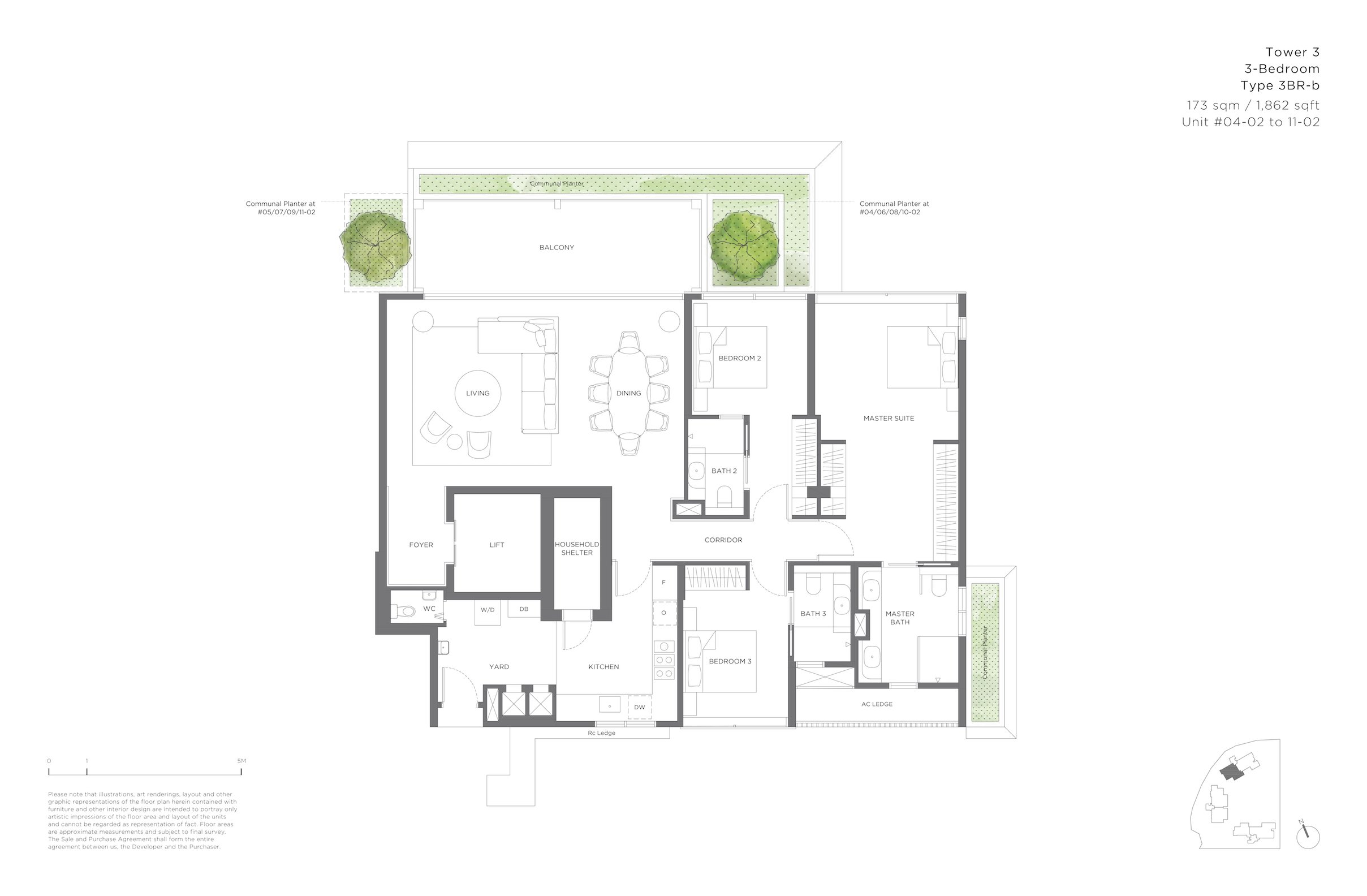 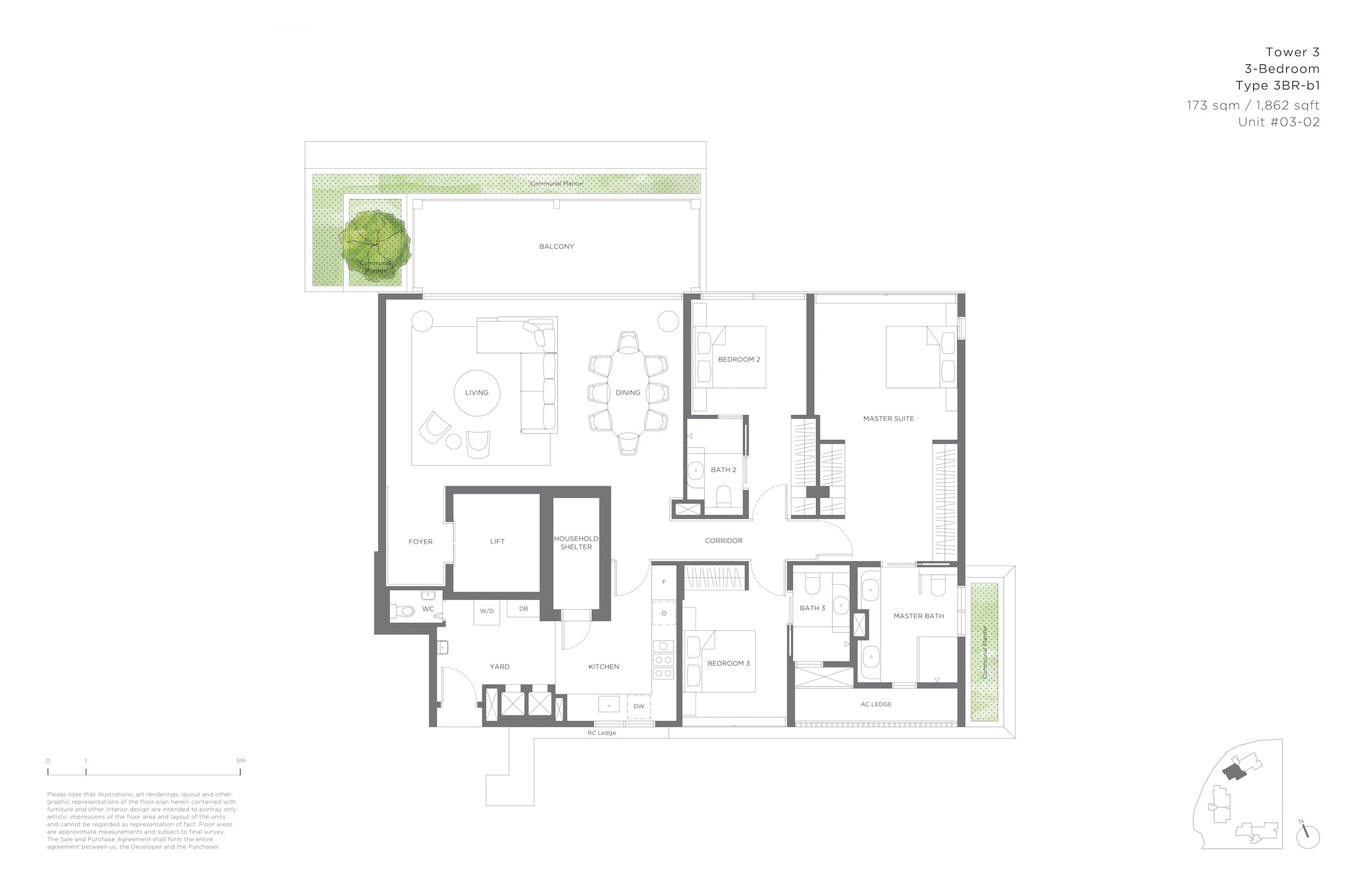 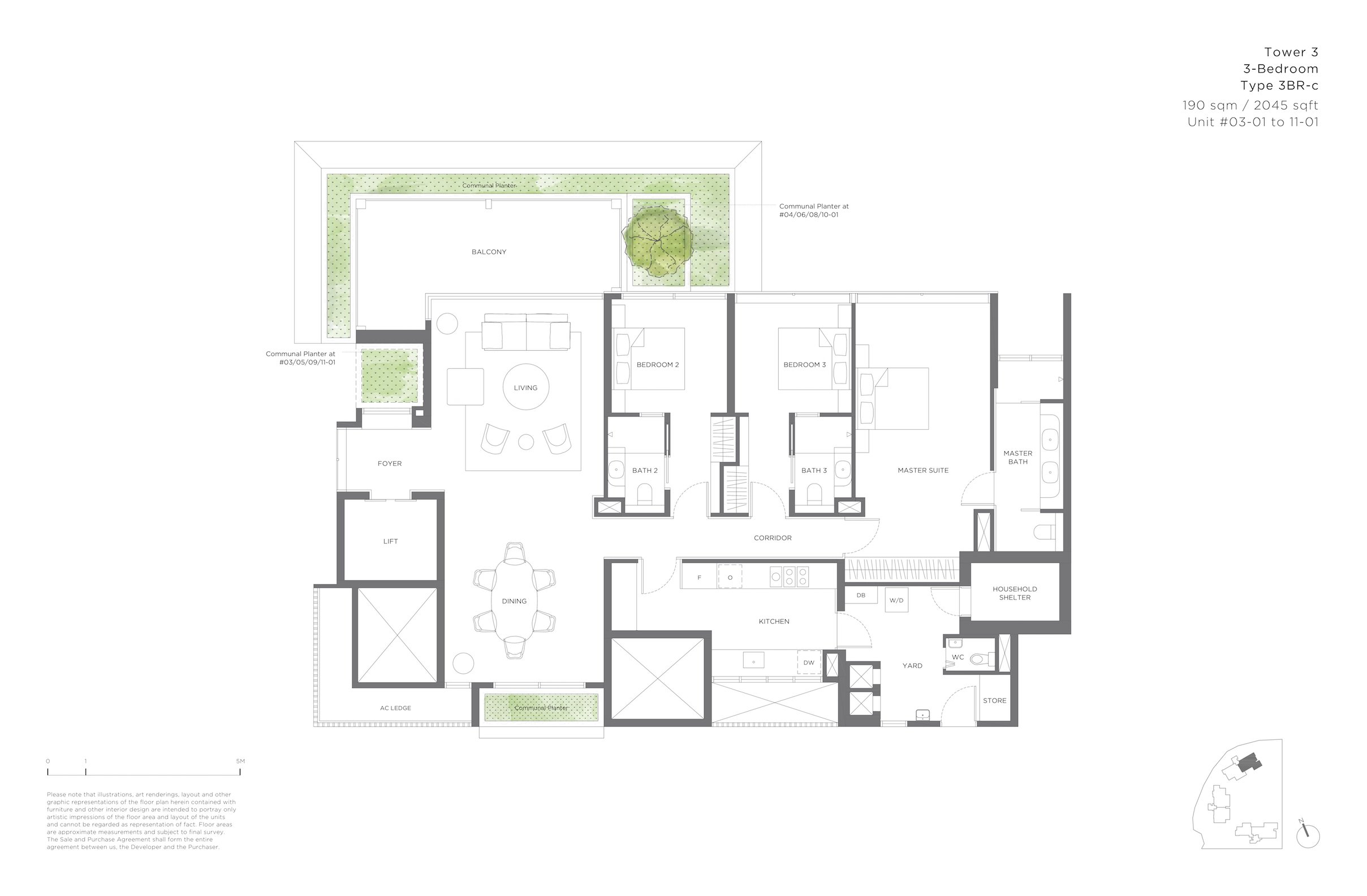 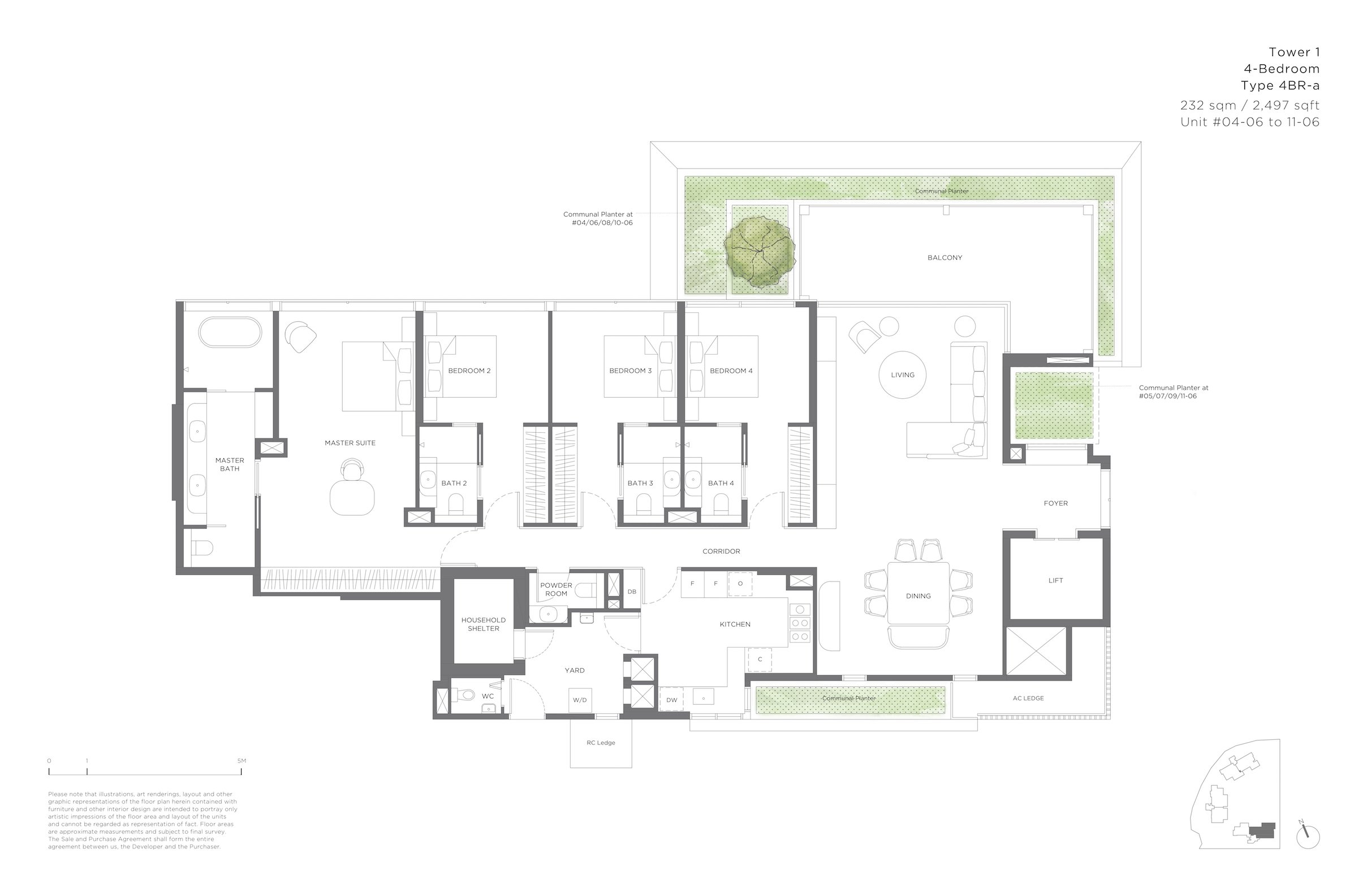 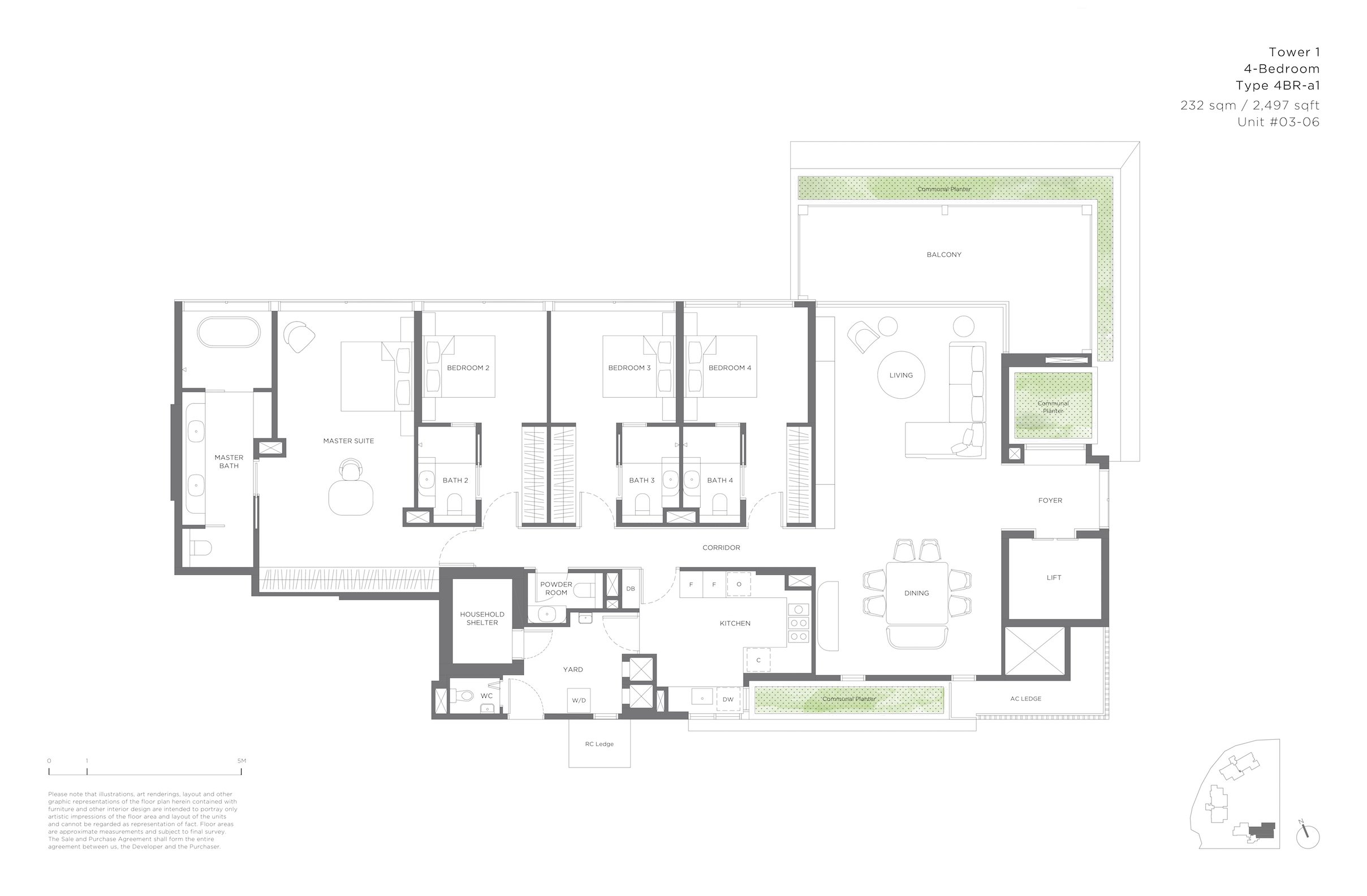 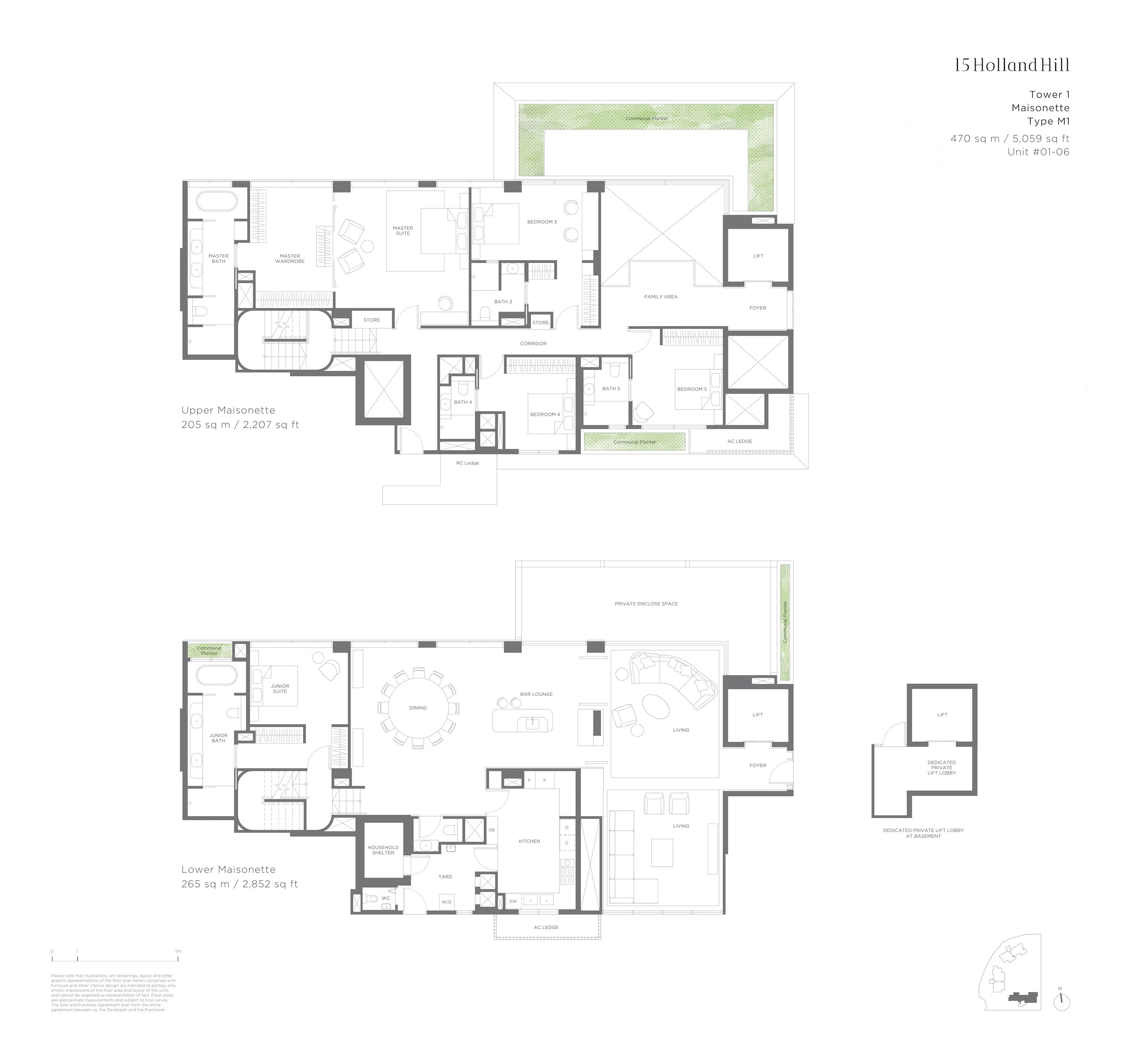 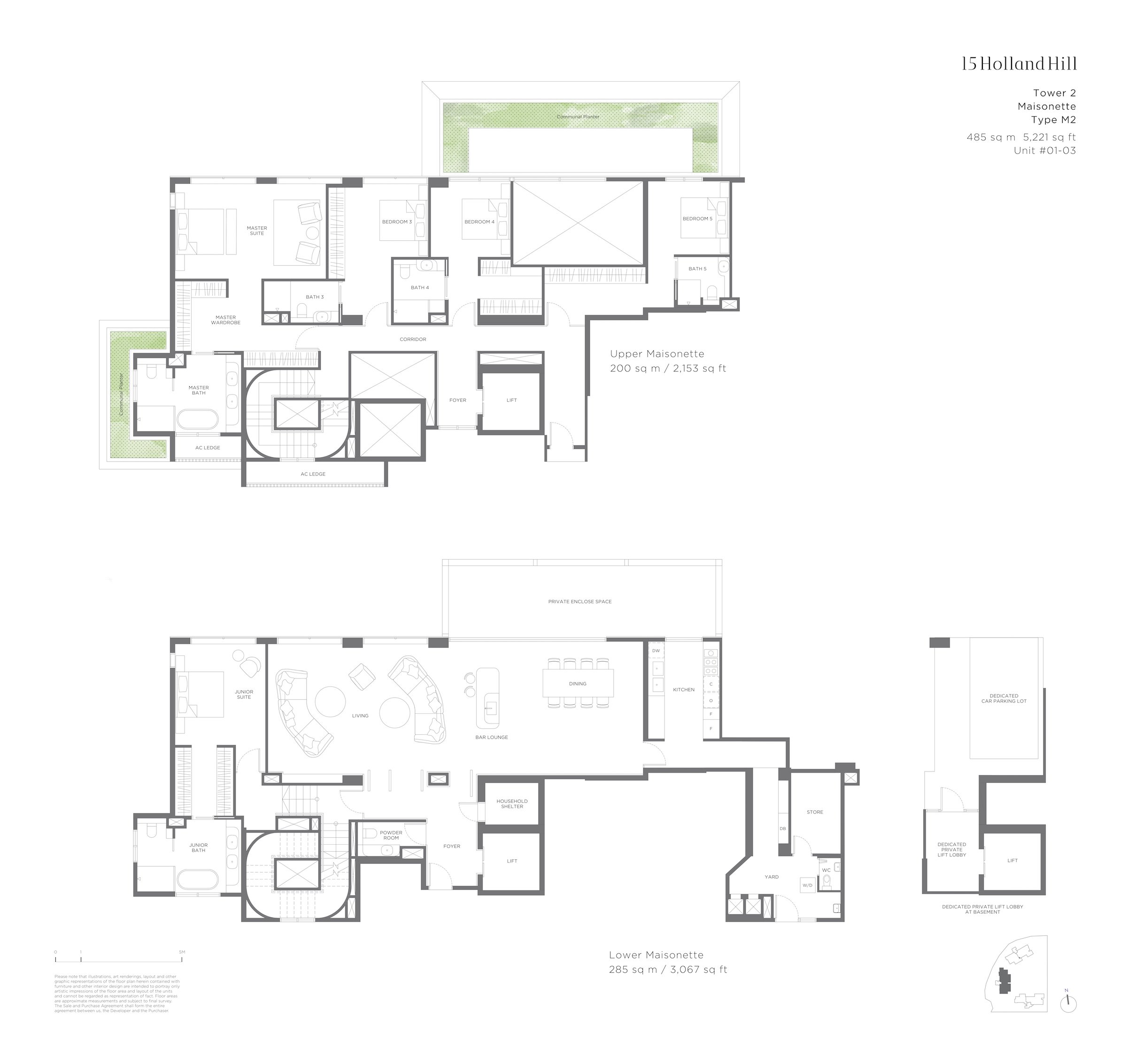 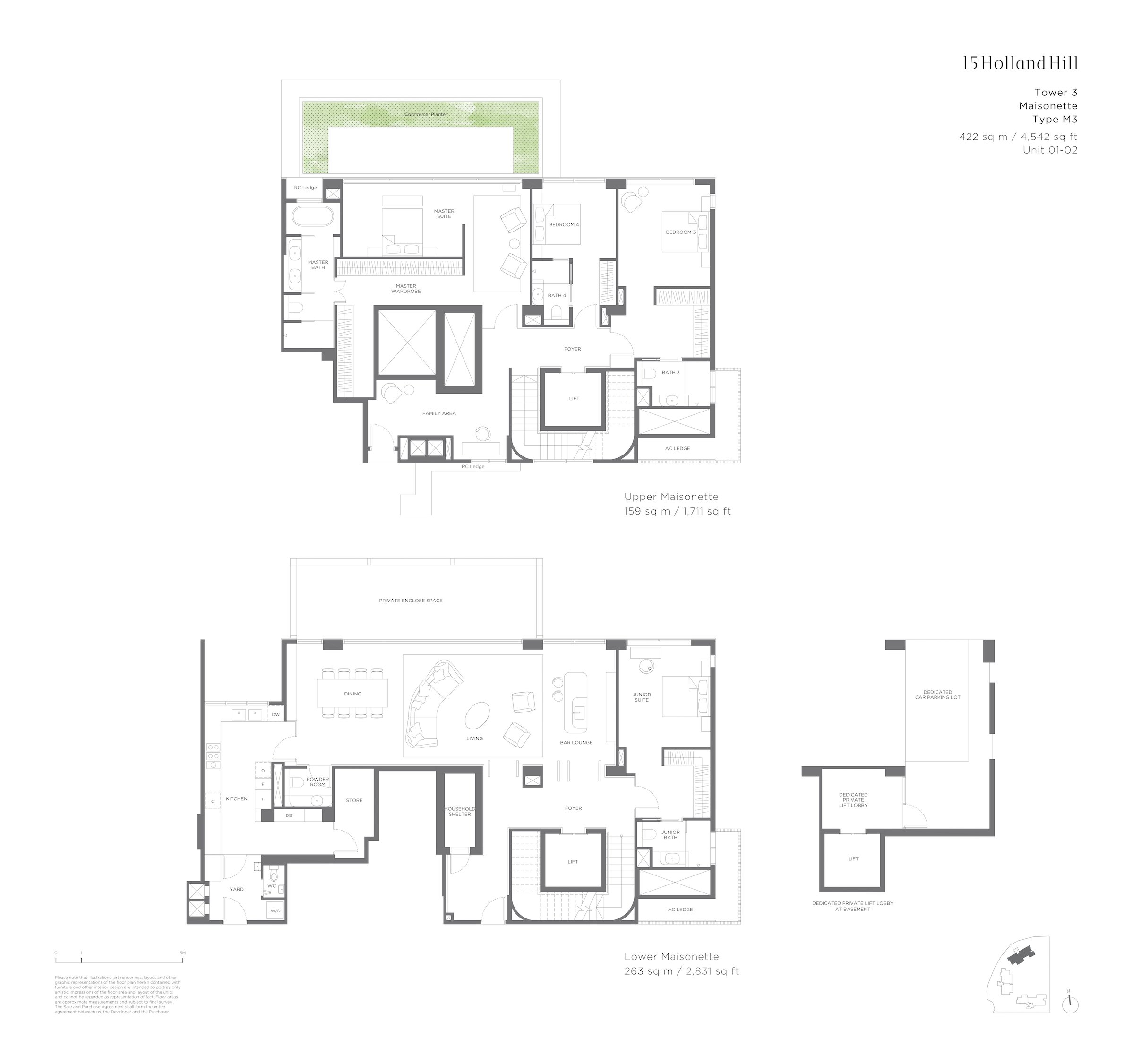 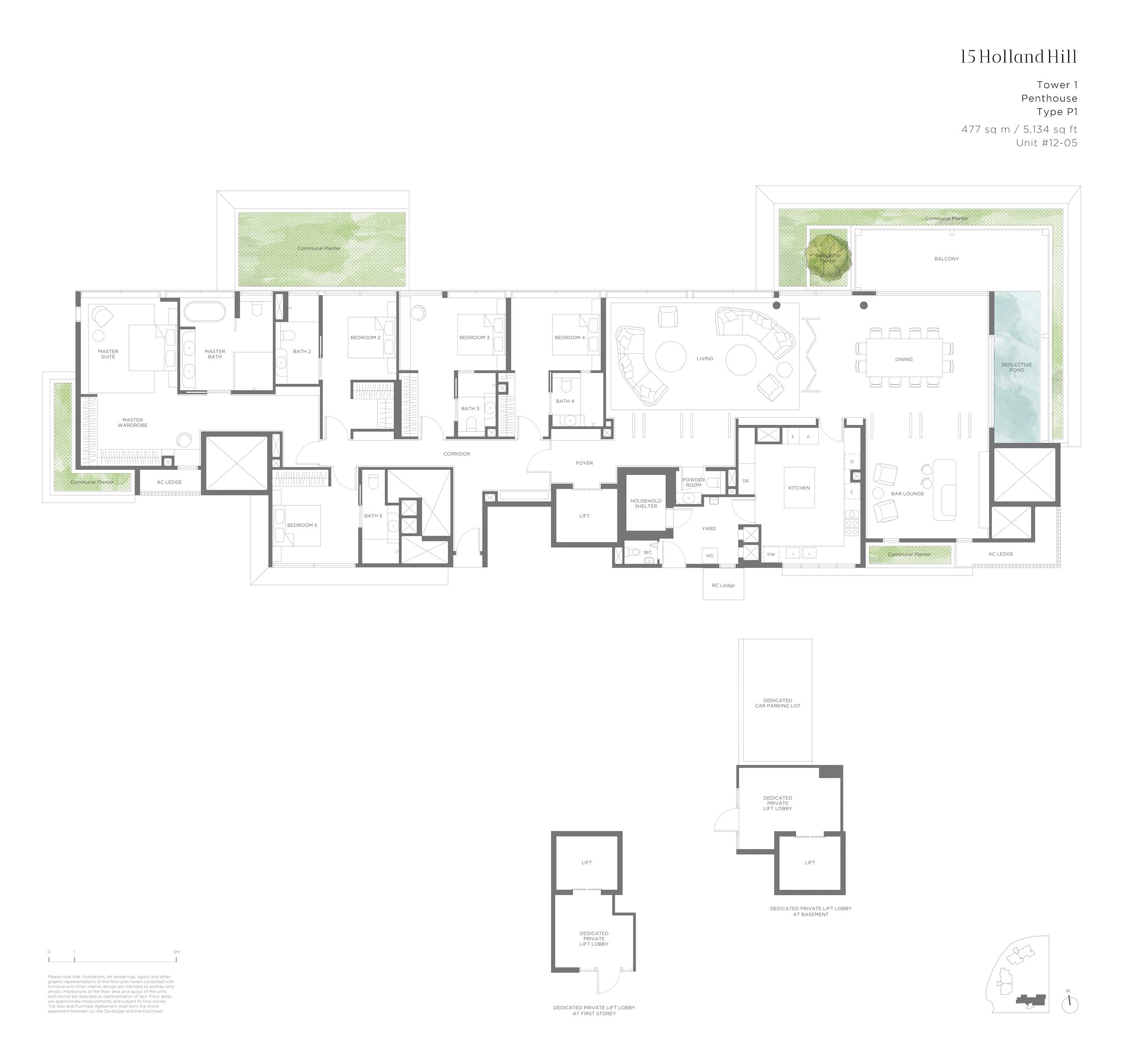 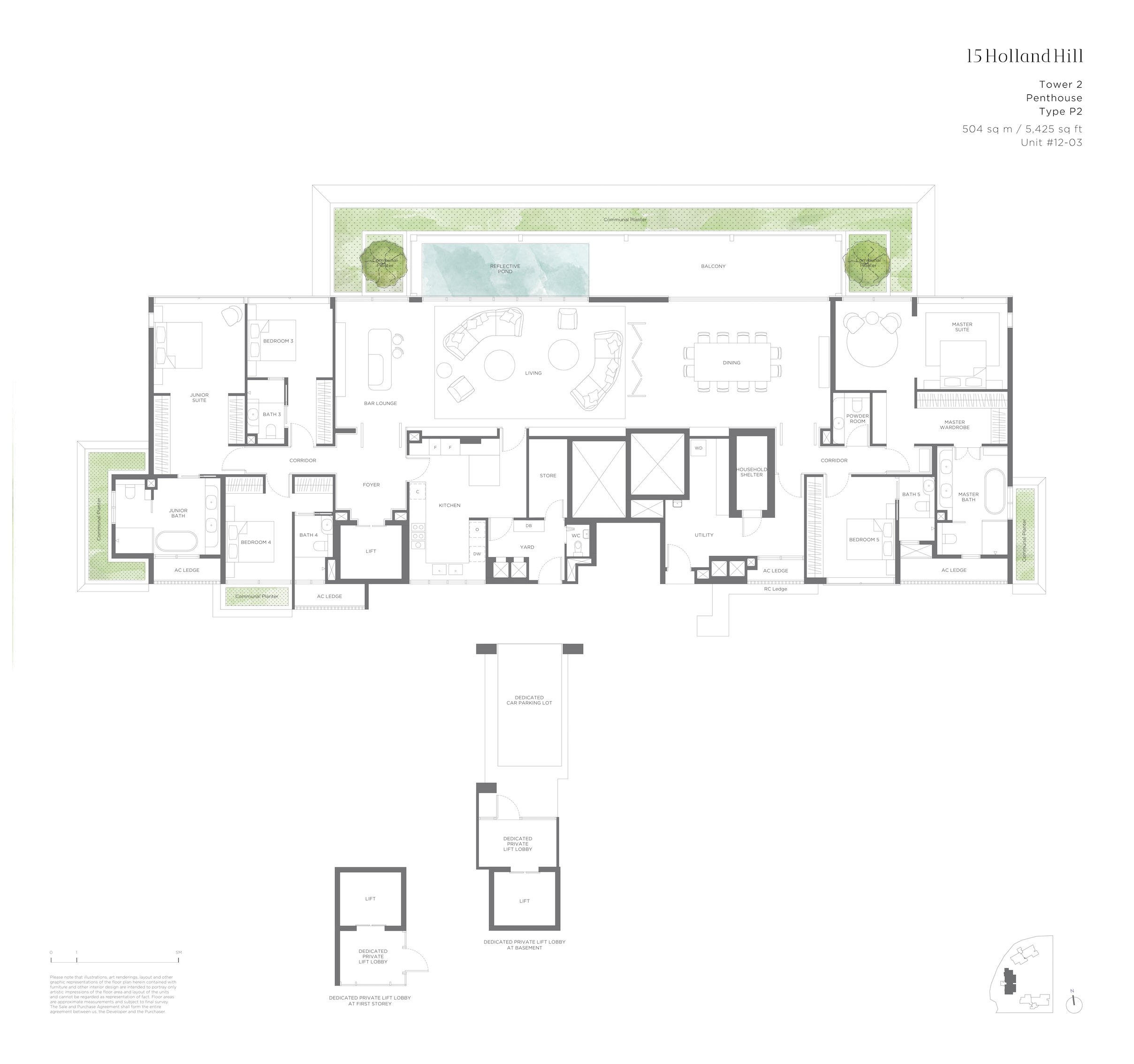 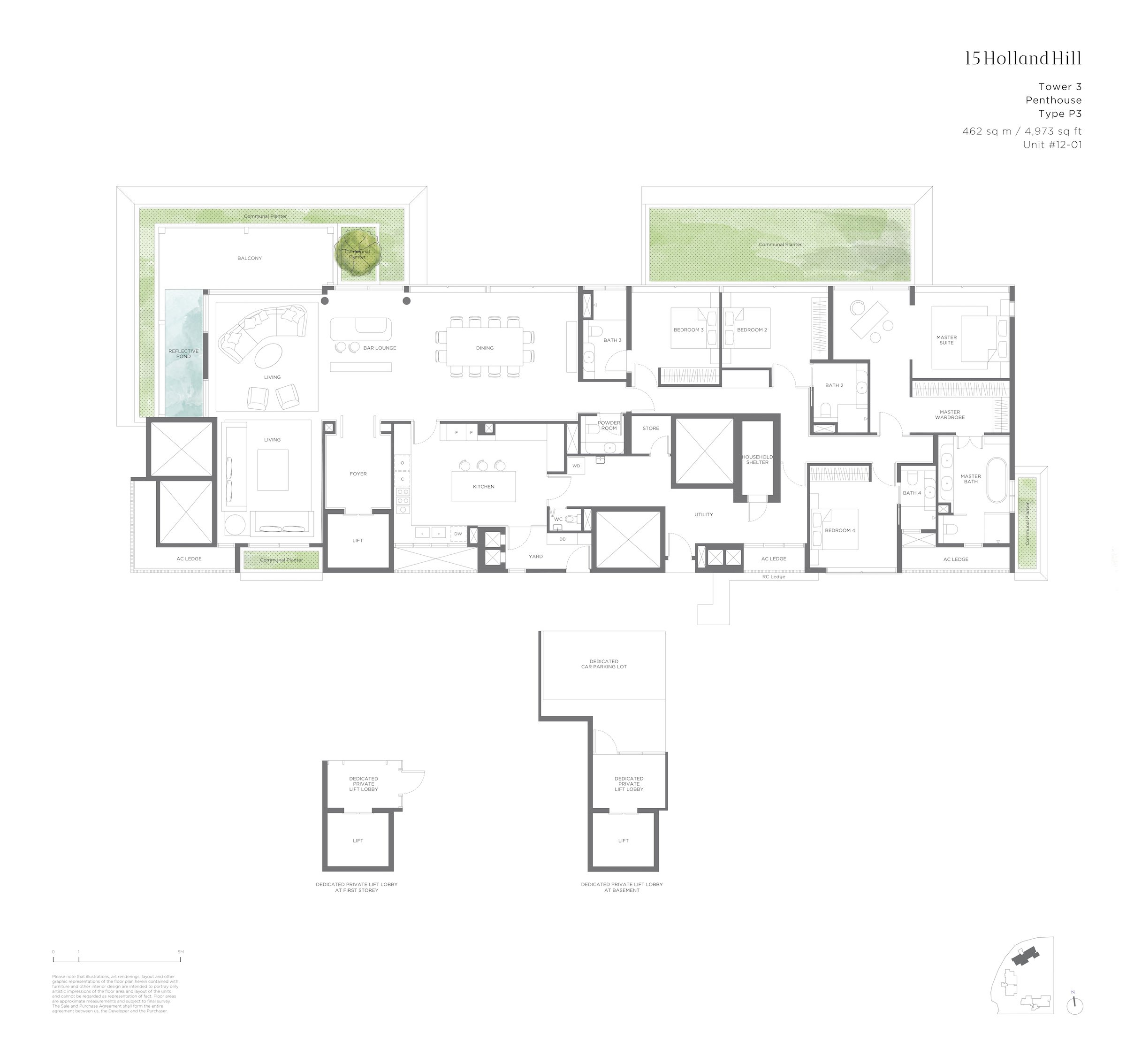 15 Holland Hill is in the coveted Holland Road enclave in District 10 of Core Centre Region (CCR). CCR region is down the ages famous for its many clusters of upscale private condominiums and apartments. The CCR residential market is also the most luxurious house segment where many properties sell at the most premium prices, for example, easily across $3000psf.

Singapore private home market has entered the new uptrend cycle after the soar of land bid from both Collective Sales from developers and Government Land Sales (GLS) Programme during the period from 2016 to 2018. According to the URA reported in January 2020, Singapore private home prices rose 2.7% in 2019, as compared with the 7.9% increase in 2018. In 2019, new private residential property sales by developers increased 12.7 per cent to 9,912 units too.

There is a genuine, underlying demand for the private home. The increase in new sales transactions and growth in overall prices indicate the resilience of private residential property.  In 2020, Market watchers expect the market trends to be similar to 2019, given that market fundamentals remain unchanged: interest rates are expected to remain low, while the economy is expected to improve slightly in 2020.

For CCR housing market, the overall price index decrease 1.7%, as compared to the increase of 6.7% in 2018, while the prices in City Fringe and mass market increased by 2.8% and 4.2% respectively. According to the URA media release, the transaction volume and price index are still in line with the historical trend, which demonstrates the sustainability of high-end residential market. 2019 observed a series of new high prices in many hallmark areas, such as Holland Village, Newton Circus, River Valley, Outram Park, East Coast and so on. In 2020, it’s expected that around 4,000 new non-landed residential units 23 projects could be launched in 2020 in the CCR region, while 6,000 units across 22 projects are expected to be launched in city-fringe region. 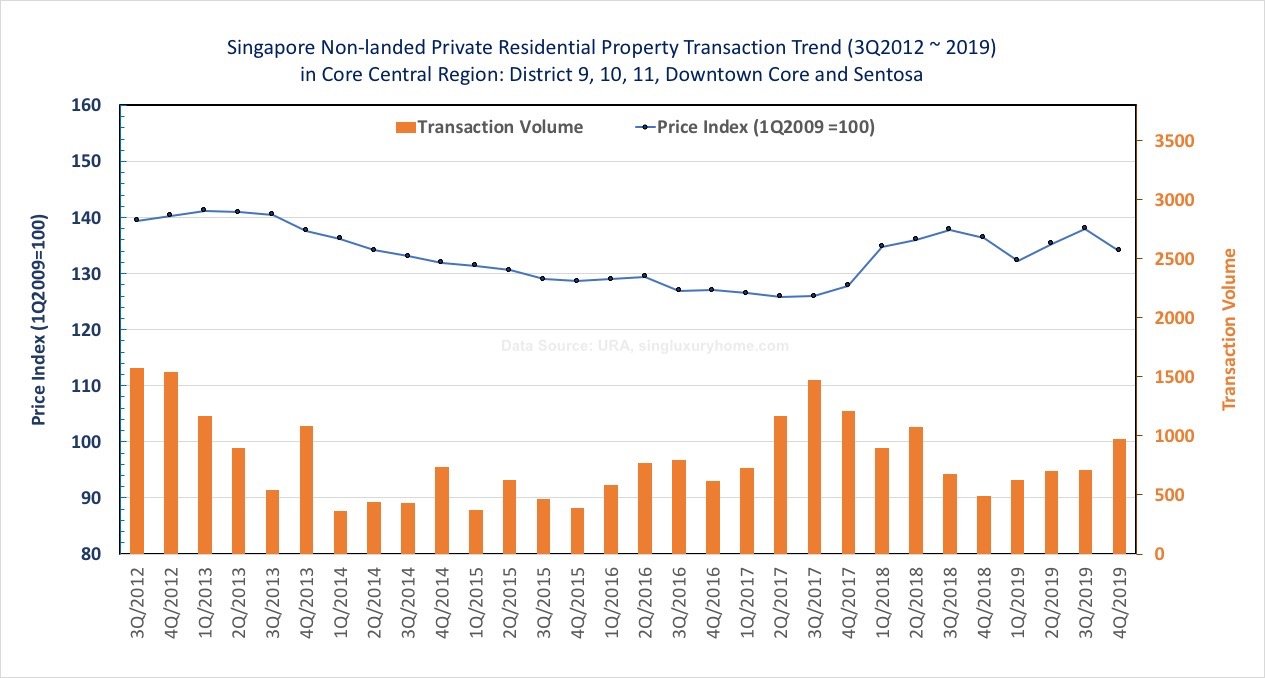 The new cycle of En Bloc sales fever has taken place in the residential market since 2016, given that the numbers of unsold developer projects hit the historical low and increasingly fierce competition in GLS Programme. The land costs for private condominium projects have island-wide increased varying from 15% to 20% in different regions in 2018, not mentioned the benchmark land cost in 2016. In CCR market, the average land cost was over $1800psf in 2018, which transferred the average new development launch price in 2019 to jump up to among $2800 to 3500psf.  During last year, it has been transacted over $4000psf in the most prestigious Nassim Road, Orchard Boulevard, Ardmore Park, and Marina Bay area.

The high-end residential market has turned up following the rise of higher land cost since 2017. New sales price tag replace the old one that more new condo projects in city area have been sold at higher prices. High-end housing market have running into a new uptrend cycle that sales price across $3000 psf is not a miracle any more.

2) In the East Coast area, prime District 15, freehold project in Amber Road – Coastline Residences sold some 2 bedroom unit at $3,010 psf, together with other 5 unit sold over $2,800 psf in 2019. Even in the mass market, the integrated residential development next to Bangkok MRT Station – Sengkang Grand Residences have sold over 45 unit at above $1800 psf, the highest transaction price was $1,898 psf. This is absolutely incredible.

6) In the core River Valley enclave, 99-year leasehold luxury “Botanic Garden” new condo Martin Modern were recently sold at $2,684psf on average,with the highest of $3254psf done for a 1798sqft 4-bedroom flat at 30th floor. Freehold 8 Saint Thomas was launched in second half of 2018, averagely transacted at $3,154psf, with recent highest price of $3,716psf done for a 2422sqft at 35th-floor apartment in Jan 2020. Just after New Year, the newly launched freehold condominium The Avenir, which is next to River Valley Primary School was transacted at the average price of $3223psf. The highest price recorded in January was $3,564psf, a 527-sqft 1-bedroom on 36th floor. The most popular apartments are the type of 4-bedroom + private lift (2,067 to 2411sqft) , which were sold over 10 units to the local residents and foreigners.

By reviewing those recent record-breaking transactions done in the residential market, it’s quite new normal for the high-end luxury new condo to be transacted across $3,000 ~ $3,500psf. What if it is a brand-new, large land freehold development with full condo facilities in the coveted address like Leedon Heights in District 10?

When the charming Holland Village area is concerned, the blockbuster new launch – the mixed development – One Holland Village Residences set up the historical high transaction prices since Nov 2019. Over 120 units was sold at between $2,600 to $3300psf since then. The highest price was transacted for some high-floor duplex 4 bedroom at eye-catching $3,363psf.  Another boutique freehold new launch -Van Holland which is opposite to Holland Village sold over 10 units in Jan 2020 with average price of $2,950psf.

In the following table, we just summarize the major new launches close to Orchard Shopping belt in recent years, you can justify how rationale are the latest launch prices for Leedon Green. Let’s check back how much is the estimated land cost for Leedon Green. 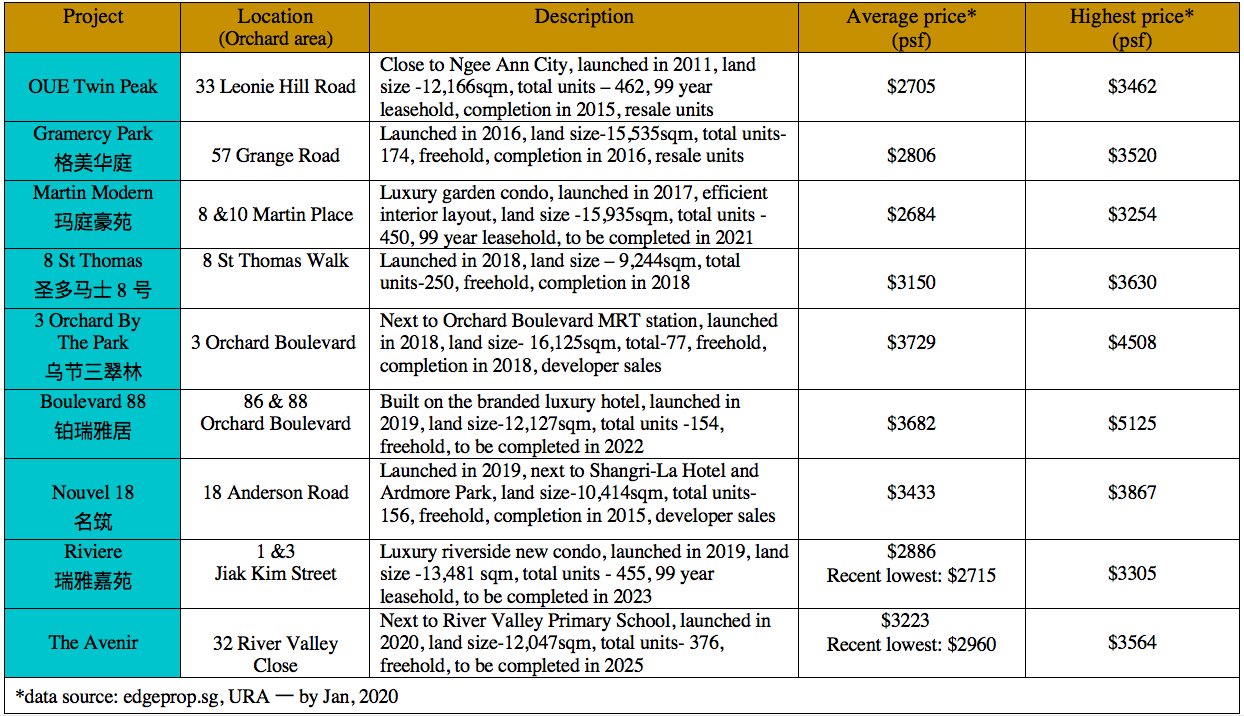 The Straits Times reported the estimated final land cost for Leedon Green in April 2018 when the former Tulip Garden was sold to the consortium of Yandlord Land Group and MCL Land. Property consultants estimated that the land cost for the Pacific Mansion site was $1,790psf, may translate to a break-even price of $2,300 to $2,500 psf after count in the plat ratio and other construction costs, and a potential selling price of $2,700 to $2,900 psf for the current Leedon Green project.

Frankly to say, the developer take wisely strategy to price attractively.  The rare largest freehold new condominium in the vicinity, Leedon Green in Leedon Heights launched in Jan 2020 and sold over 30 units with transaction prices between $2,378 to $2,878psf with an average price of $2,710psf only. Referring to the following sales transaction chart (incompleted data), Leadon Green are receiving good response. What does the project excite the market most is that later on all the 5 exclusive “Garden Villa” apartments are sold out. we will update more sales transactions along the way.

By Booking Appointment by calling Sales Hotline 8869 9826 or online registration, you will not required to register at the reception counter when you visit the showflat. With the assistance of our professional sales representatives, you will be more assured ,well informed and prepared before commit to purchase new project home. Besides, you will also enjoy the best possible direct developer prices. What’s more, you are not required to pay commission to our sales professional.

Book an Appointment With Our Developer Sale Representative Today!